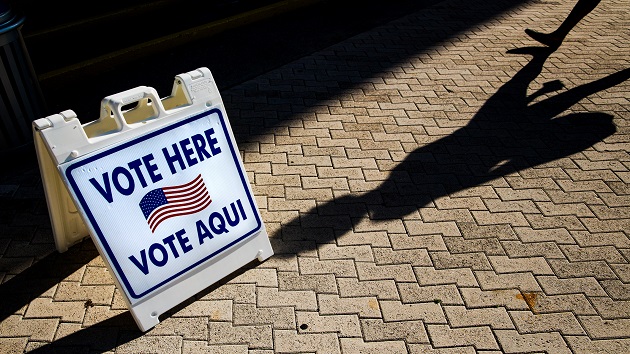 (NEW YORK) — State officials seeking to combat a rise in voter intimidation during the midterm elections can find protection in a 57-year-old anti-discrimination law, according to voting rights experts.

The Voting Rights Act of 1965 is, along with the Ku Klux Klan Act of 1871, the strongest civil voting protection on the books, says Sean Morales-Doyle of the nonpartisan, nonprofit Brennan Center for Justice, which on Friday released a new multi-part guide outlining key anti-intimidation laws as a resource for states.

“The Voting Rights Act of 1965 doesn’t require intent to intimidate in order to prove violation of that law,” said Morales-Doyle, director of the Brennan Center’s voting rights and election program. “So the person who’s doing the intimidating doesn’t have to mean to be intimidating.”

The release of the guide comes as baseless claims of 2020 election fraud have led to an increase in threats against voters and election workers in several states. In the last week, 10 cases of alleged voter intimidation at drop box locations in Arizona were referred to the Justice Department for prosecution, after witnesses reported numerous individuals, some armed and in “camo-clad gear,” filming and photographing voters as they returned their ballots.

“Part of what makes what we’re seeing in Arizona that’s different than what we’ve seen is in the past is … usually in previous elections, when you hear about instances of voter intimidation it tends to be a lone actor behaving badly at a polling place. It’s not an organized recruitment campaign, and that’s what’s happening in Arizona,” Morales-Doyle told ABC News.

Even though the alleged intimidation in Arizona didn’t occur at a polling location, Morales-Doyle said the voters are still protected under the law.

“While these are not new concerns, the sources and the targets of these threats have shifted in 2022,” Brennan Center counsel Jasleen Singh and fellow Katie Friel said in announcing the resource guide.

In the aftermath of the alleged voter intimidation in Arizona, the Arizona Alliance for Retired Americans and Voto Latino filed a lawsuit this week accusing the alleged perpetrators, as well as Clean Elections USA and the group’s founder, Melody Jennings, of conducting a “coordinated vigilante intimidation campaign” with the “express purpose of deterring voters … from depositing their ballots.”

“The people who are doing it are making references to this Clean Elections USA when they do it,” said Morales-Doyle. “I think it’s exactly why what we’re seeing is so concerning right now, that there is actually this organization going on.”

On Friday, a federal judge denied the advocacy groups’ motion for a temporary restraining order against CEUSA, Jennings, and the ten unnamed accused perpetrators — but did not close the case.