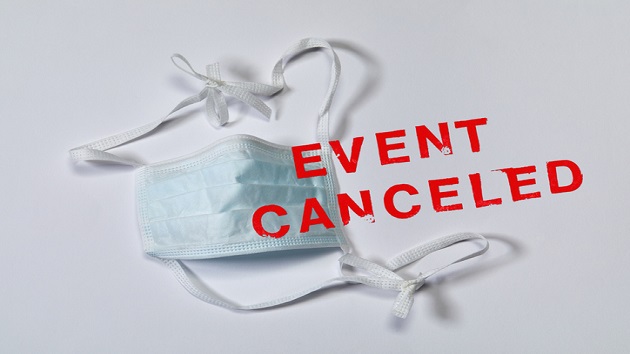 (NEW YORK) — A festival in New Orleans. Concerts in Nashville, Tennessee. A comic book convention in Atlanta. As the delta variant surges across the country, states with low COVID vaccination rates are reeling from a loss in tourism dollars due to large-event cancellations and postponements.

Of the 11 states with vaccination rates under 50%, Louisiana, Tennessee and Georgia have cancelled staple events, costing an estimated hundreds of millions of dollars for local and state economies, according to officials.

On Aug. 9, organizers of New Orleans’ Jazz and Heritage Festival announced that the annual festival would be canceled for the second consecutive year, citing “the current exponential growth of new COVID cases in New Orleans and the region.”

The Louisiana Department of Health seconded this concern in a recent interview with ABC News.

“Down here in Louisiana, we are in our fourth and most dangerous surge to date, fueled by our insufficient vaccination rate and the highly transmissible Delta variant. Our hospitals are overwhelmed,” a Louisiana Department of Health spokesperson said.

As of Aug. 20, less than 39% of the state’s population is fully vaccinated.

In an emailed statement to ABC News, Louisiana Lt. Gov. Billy Nungesser estimated that the cancellation of the festival will cost the region more than $300 million compounding the $5 billion the state has lost in tourism revenue over the course of the pandemic.

“The second postponement of the New Orleans Jazz & Heritage Festival will have a long-lasting negative impact on tourism, not only the $300 million in direct economic impact but also for events leading up to and during the two week event,” Nungesser wrote.

“It means bands and musicians who perform in the evening at local hot spots and ‘mom and pop’ businesses that rely on Jazz Fest for a large amount of their annual income for the year, will not have the opportunity to earn that money again this year,” he added.

In Tennessee, the urban economies of Nashville and Memphis continue to dampen due to the decline of conventions, business and international travel, and concerts, according to the Tennessee Department of Tourist Development.

In the past year, Tennessee’s tourism revenue decreased by 26%, resulting in the loss of over $4.1 billion in the leisure and hospitality industry, according to the Tennessee Department of Revenue and Department of Labor and Workforce Development.

“Lodging was the most-impacted category, followed by recreation. Lodging of course relies on group travel in our larger metro areas, so the big cities felt that impact much more than our areas that rely on leisure travel,” a Tennessee Tourist Department spokesperson said.

Earlier this year, large indoor events like the annual Country Music Awards were canceled in Tennessee but large outdoor events like Bonnaroo Music & Arts Festival will carry on with special precautions in place, such as proof of vaccination or a negative test 72 hours before the event.

In Georgia, organizers of Fandemic Dead — a comic book convention for fans of television series, “The Walking Dead” — announced on Aug. 13 that the convention will be postponed to March 2022 due to concerns about the delta variant.

“While this decision was not made lightly, it was made in an effort to help keep our community safe,” the organizers explained in a press statement. “The health and safety of fans, panelists, exhibitors, artists and staff is our top priority.”

In an emailed statement to ABC News, the Georgia Department of Economic Development said the state’s tourism industry was “devastated” by COVID-19, leaving travel-generated state and local tax revenues down by more than $640 million over the course of the pandemic.

“The leadership of Governor Brian Kemp and our General Assembly has given our tourism industry the license to operate,” Jaronski said. “We’re not immune to the challenges faced by destinations across the globe, but we have been successful in maximizing the travel business that does exist and leveraging it to grow Georgia’s share of domestic travel and economic position.”