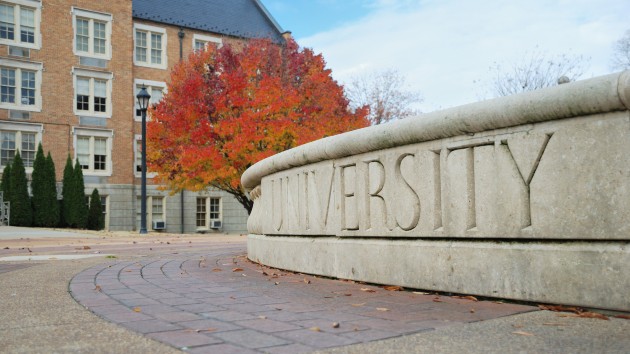 (NEW YORK) — As more colleges and universities announce plans to require all students be vaccinated against COVID-19 in order to return to campus, they’ve placed themselves at the forefront of a politically charged debate over whether institutions should be able to mandate vaccines.

Public health experts say that by requiring vaccinations against the virus that has so far resulted in more than 570,000 U.S. deaths, colleges and universities could play a significant role in helping vaccinate tens of millions of college-age Americans — especially important after some college populations sparked waves of COVID-19 infections in their surrounding communities last year.

But mandatory vaccinations could be a political minefield, just as mask-wearing in the U.S. has become a polarizing issue. The majority of America’s roughly 4,000 accredited colleges and universities appear hesitant about requiring vaccines.

At least 80 colleges and universities have announced plans to require COVID-19 vaccinations, according to a count from The Chronicle of Higher Education, but a greater number have said outright that they will not. Republican governors in Utah, Texas, Florida and Montana have already signed orders banning institutions from mandating proof of vaccination.

Dorit Reiss, a law professor at the University of California Hastings College of Law and a vaccine mandate expert, told ABC News that the mixture of politics with the pandemic is disturbing.

“Some red states where universities want to mandate vaccines — and are debating the issue now — they are going to be very aware that they’re acting at risk of retribution,” Reiss said about schools that find themselves limited by state lawmakers in enforcing vaccine mandates.

Reiss said that part of the debate centers on how the vaccines have been approved for use. All currently available vaccines have been approved through the Food and Drug Administration’s emergency use authorization, rather than through the standard drug approval process. Health experts expect formal approval of at least one COVID-19 vaccine by the fall — but in the meantime, the current situation creates a gray area.

Earlier this month, Texas Gov. Greg Abbott, a Republican, signed an executive order forbidding public or private entities that receive state funding from denying service or entry to a “consumer” due to their vaccination status. His order refers specifically to “any COVID vaccine administered under emergency use authorization.”

As a result, Texas A&M University — one of the largest higher education systems in the country — said it was following Abbott’s order.

“A&M is encouraging all faculty, staff and students to get the vaccine,” a school official told ABC News in a statement — but said that students will not be required to show proof of vaccination.

St. Edward’s University, a private school in Austin, Texas that receives funding from the state in the form of student aid, had previously announced a COVID-19 vaccine mandate for students and faculty. But it amended its policy in response to Abbot’s executive order. St. Edward’s students can now exempt themselves without explanation.

In Florida, only one private college in the state has announced a vaccine mandate. Nova Southeastern University said it would require all students and employees returning to campus be vaccinated by Aug. 1, with exceptions made for medical reasons and for those “who have sincerely held religious beliefs (not personal beliefs).”

One day after Nova Southeastern made the announcement, Republican Gov. Ron DeSantis took the school by surprise when he signed an executive order, like Abbott’s, banning institutions from requiring vaccines.

University spokesperson Joe Donzelli said in a statement to ABC News that the school is moving forward with plans to enforce its vaccine requirement notwithstanding the governor’s order, “while our administrative team continues to evaluate the best way to keep our community as safe as possible while following the law.”

Meanwhile, on the West Coast, the University of California and California State University announced last week that they intend to require COVID-19 vaccinations for all students and employees returning to campus in the fall — but will only do so once the Food and Drug Administration gives formal approval to a vaccine. The public university system of Maryland announced a similar measure on Friday. As with vaccine mandates, schools across the country also have varying regulations when it comes to COVID-19 testing.

On the legal front, there are currently two lawsuits playing out that challenge the right to mandate vaccines approved under emergency authorizations: One brought by a corrections officer in New Mexico and one by Los Angeles Unified School District employees.

Reiss says other anti-vaccination groups are waiting in the wings to protest the legality of mandates, but she argued that schools “absolutely” have the right to require vaccines, based on the large number of vaccine mandates schools currently have in place. One survey of 100 four-year institutions found that almost 85% already mandate vaccines for measles, mumps and rubella.

“Once a vaccine is approved in full, I think you’ll see more universities hearing from their legal counsel giving the OK to mandate them,” Reiss said.

Jim Malatras, chancellor of the State University of New York — the nation’s largest higher education system — said he’s leaving the decision to the students for now, but will reevaluate the situation as the fall semester approaches.

“Students we’ve spoken to on campus visits are eager to get the vaccine and to help put an eventual end to this pandemic,” SUNY spokesperson Holly Liapis told ABC News. “We firmly believe the vast majority will choose to get vaccinated without any requirement in place.”

But Reiss argues that it’s the responsibility of schools to officially mandate vaccines as opposed to simply recommending them.

“If we have vulnerable students or vulnerable faculty, we can’t just trust the kindness of other students to protect them,” she said.