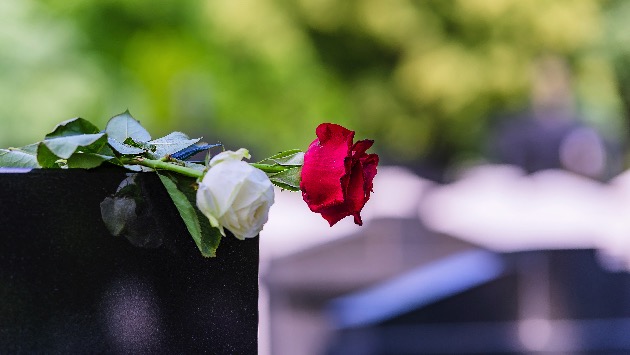 (ELIZABETH CITY, N.C.) — Family and friends of Andrew Brown Jr. are set to gather Monday at a North Carolina church for his funeral as protesters continue to take to the streets to demand justice and answers over why sheriff’s deputies opened fire on the 42-year-old Black man outside his home last month.

Brown’s invitation-only funeral service is scheduled to be held at noon at the Fountain of Life Church in Elizabeth City.

New York civil rights activist Rev. Al Sharpton is scheduled to give the eulogy. Other speakers will include members of Brown’s family, Rev. William Barber, co-founder of the Poor People’s Campaign, and Ben Crump, one of the lawyers representing Brown’s loved ones.

Sharpton said he hopes the service will be a celebration of Brown’s life as a father of seven children, as well as focus attention on the problems with policing in America, specifically the apparent disproportionate use of deadly force on Black people.

The funeral comes a day after a public viewing of Brown’s body was held on Sunday at the Museum of the Albemarle in Elizabeth City, North Carolina, where Brown’s family members lead a peaceful protest march of several hundred people to the viewing.

Brown was shot to death around 8:30 a.m. on April 21 when multiple deputies from Pasquotank and Dare counties went to Brown’s home in Elizabeth City to attempt to serve an arrest warrant on him that stemmed from a felony drug investigation, officials said.

Three deputies opened fire on the vehicle Brown was in as he attempted to drive away, according to the Pasquotank Sheriff’s Office.

While Brown was unarmed when he was shot, Pasquotank County District Attorney Andrew Womble said during a court hearing last week that Brown’s car drove toward law enforcement officers and allegedly made contact with deputies twice before shots could be heard on body-camera video footage of the shooting.

Brown’s son, Khalil Ferebee, other family members and one of their lawyers were allowed to view a 20-second body camera clip of the shooting last week at the Pasquotank County Sheriff’s Department.

Ferebee and one of the family’s attorneys, Chantel Cherry-Lassiter, claimed the video showed Brown with his hands on the steering wheel of a car that was not moving when he was initially shot four times in the right shoulder and arm. They claimed the footage shows a wounded Brown attempting drive away from deputies when he was fatally shot from behind.

The family released results last week of an independent autopsy they commissioned that showed Brown was shot five times, including once in the back of the head near the base of his neck.

Ferebee and Cherry-Lassiter both described what they saw in the video as an “execution,” and said the independent autopsy performed by Dr. Brent Dwayne Hall, the former medical examiner for five northwest North Carolina counties, confirmed their belief.

Protesters have joined Brown’s family in calling on the Pasquotank County Sheriff’s Office to publicly release all video it has of the shooting, including body camera and patrol car dash camera footage.

Pasquotank County Superior Court Judge Jeff Foster rejected a request from Pasquotank County Sheriff Tommy Wooten and multiple media outlets to immediately release to the public all video of the shooting. While Foster said the videos will not be publicly released until the investigation by the North Carolina Bureau of Investigation is complete, he found that Brown’s family, specifically his adult son, Khalil Ferebee, were entitled to see all of the footage once the faces of the deputies involved in the shooting are blurred out.