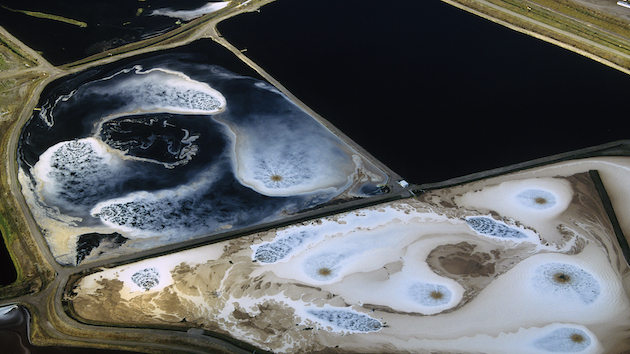 (TAMPA, Fla.) — Florida officials are urging residents in the surrounding areas of a wastewater storage pond to heed evacuation orders ahead of a potential overflow of polluted water.

On Friday, the Manatee County Public Safety Department warned of an “imminent threat” of an uncontrolled release of wastewater from the former Piney Point phosphate processing plant in Palmetto after a breach was detected in one of the walls of the southern reservoir, which holds about 800 million gallons of water containing phosphorus and nitrogen.

An estimated 390 million gallons of water remained in the pond as of Saturday morning, according to the Florida Department of Environmental Protection.

Residents within a 1-mile radius of the plant were ordered to evacuate, and Florida Gov. Ron DeSantis declared a state of emergency Saturday in Manatee County as well as neighboring Hillsborough and Pinellas counties over the threat.

Officials are trying to prevent “a real catastrophic flood situation” by ensuring the quality of the stack system as quickly as possible, DeSantis told reporters during a press conference Sunday.

Controlled discharges from the reservoir of about 30 million gallons per day began on Tuesday, DeSantis said. Florida’s National Guard is in the process of dropping off pumps to redirect the water into surrounding waterways.

“According to onsite engineers, a controlled release was necessary in order to prevent a catastrophic failure,” DeSantis said.

The water being discharged is mostly seawater from the Port Manatee dredge project, process water and storm water, officials said. The water meets “water quality standards for marine waters with the exception of pH, total phosphorus, total nitrogen and total ammonia nitrogen,” according to the Florida DEP. The water is slightly acidic but not to a concerning or toxic level, officials said.

The concerns for the quality of the water being discharged are currently “less than the risk of everyone’s health and safety” due to the potential for flooding, DeSantis said Sunday. More than 300 homes have been evacuated, he added.

It could take between 10 to 12 days for the situation to stabilize, Manatee County Administrator Scott Hopes said Saturday.

After the threat is mitigated, the wall will not be repaired, and all of the holding ponds on the property will be drained of water and likely filled, Hopes said during the press conference on Sunday. The issue has been “ongoing for decades,” he added.

“This could have been resolved over two decades ago,” Hopes said.

DeSantis vowed to hold HRK Holdings, the owners of the property, accountable for the failure.

“This is my community, too,” Barath said. “And we are doing everything possible to prevent a true catastrophe, which would be the failure of that stack system.”

ABC News could not immediately reach a representative for HRK Holdings for comment.