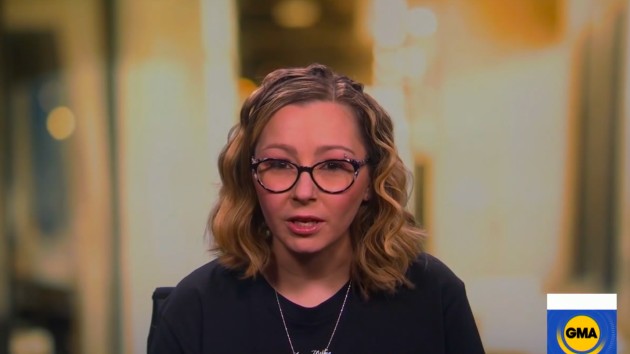 (NEW YORK) — Eight years after she escaped a decade of captivity, Amanda Berry is working to bring children home.

The 34-year-old, who was abducted in 2003 when she was just 16, partnered with the U.S. Marshals Service for its initiative Operation Safety Net, which was established in northern Ohio. Over the course of one month, the U.S. Marshals through Operation Safety Net were able to help safely locate 35 missing and endangered children between the ages of 13 and 18 working with Berry and other local and state partners.

“I definitely hope that they know that miracles can happen,” Berry told ABC News’ Good Morning America. “I know it’s not always easy to you know, years after year, some parents have to go through waiting for their child to come home, but hopefully they take it more serious, that I am involved. I hope that I’m a beacon of hope for them.”

With the success of Operation Safety Net, the U.S. Marshals Service has now created a permanent squad in northern Ohio.

“One of the biggest reasons Operation Safety net was a success was Amanda Berry,” U.S. Marshal for the Northern District of Ohio Pete Elliott said. “She is a great example for Cleveland, Ohio, where you fight and you never quit and that’s what she does. We’re doing this all over the country and we’re gonna try to bring back every single kid that we can, together with Amanda Berry.”

Berry, now working as a missing persons advocate at Fox8, a local news station in Cleveland, said helping work to bring home missing children has been part of the process in helping her find her voice.

“In the beginning, I was so scared to do anything,” she said. “I was really scared to leave the house and you know, being noticed. But now I just feel like I take it more as a blessing that I am on this side and that I am blessed enough to be able to help and I can finally use my voice for good.”

She also credits her mother, who she said never gave up looking for her when she was missing all those years ago.

“I push every day more and more for my mother. She fought so hard for me while I was gone, and I think now, I’m trying to finish kind of what she started for the missing,” Berry said. “In the beginning, there was nobody to call, there wasn’t someone there to help you print your missing posters of your child. So you know, a lot has changed since 2003 and I’m just glad that I can be here and continue my mom’s work.”

The U.S. Marshals are now doing similar operations nationwide, helping to bring home almost 400 children since October last year, and Berry created a public service announcement that the agency will now use in training programs.