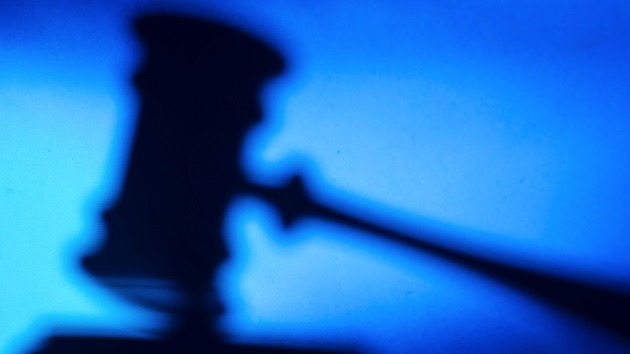 (NEW YORK) — Allen Weisselberg, who first met Donald Trump in the 1970s when he began working for Trump’s father, pleaded guilty Thursday to charges in New York that accused him of running a yearslong scheme to avoid taxes while he was the Trump Organization’s chief financial officer.

Weisselberg pleaded guilty to all 15 counts — including conspiracy, criminal tax fraud, grand larceny and falsifying business records — and conceded he skirted taxes on nearly $2 million in income, including fringe benefits like rent, luxury cars and private school tuition for his grandchildren.

The plea implicates former President Trump’s namesake family business, which was charged in the same indictment by the Manhattan District Attorney’s office.

“In one of the most difficult decisions of his life, Mr. Weisselberg decided to enter a plea of guilty today to put an end to this case and the years-long legal and personal nightmares it has caused for him and his family,” said Weisselberg’s attorney, Nicholas Gravante Jr. “Rather than risk the possibility of 15 years in prison, he has agreed to serve 100 days. We are glad to have this behind him.”

Weisselberg repeatedly answered “Yes, your honor” as Judge Juan Merchan asked a series of questions about the scheme to evade taxes, admitting that he falsely underreported compensation, including a luxury apartment on Riverside Drive in Manhattan, multiple Mercedes Benz cars, cash, private school tuition for his grandchildren, and additional homes.

As part of his plea deal, Weisselberg agreed to serve five months in prison followed by five years of supervised release. He also agreed to testify against the Trump Organization when the company goes on trial in connection with the alleged compensation scheme beginning in October.

If he does not testify truthfully, the deal is off, exposing Weisselberg to additional prison time of between five and 15 years.

“The defendant must agree to testify truthfully at the trial of the Trump Organization,” assistant district attorney Joshua Steinglass said.

The plea agreement contains no requirement for Weisselberg to cooperate in the criminal case against Trump himself, which centers on whether the former president knowingly misled tax authorities, lenders and insurance brokers by providing inaccurate financial statements about the value of his real estate portfolio.

Weisselberg must also pay back taxes and penalties totaling $1.94 million.

A corporate tax fraud case was not what prosecutors were after. When they first filed charges against Weisselberg last summer, prosecutors hoped Weisselberg would turn on Trump, sources have told ABC News.

Trump asserted his Fifth Amendment right against self-incrimination during a deposition last week as part of a parallel civil investigation by the New York Attorney General’s office.

“For years, Mr. Weisselberg broke the law to line his own pockets and fund a lavish lifestyle. Today, that misconduct ends. Let this guilty plea send a loud and clear message: we will crack down on anyone who steals from the public for personal gain because no one is above the law,” New York Attorney General Letitia James said in a statement following Weisselberg’s guilty plea.

The criminal investigation, which began under former Manhattan DA Cy Vance, appeared to stall earlier this year when the two senior prosecutors leading it resigned amid frustration that Bragg was not immediately seeking an indictment against Trump, sources told ABC News.