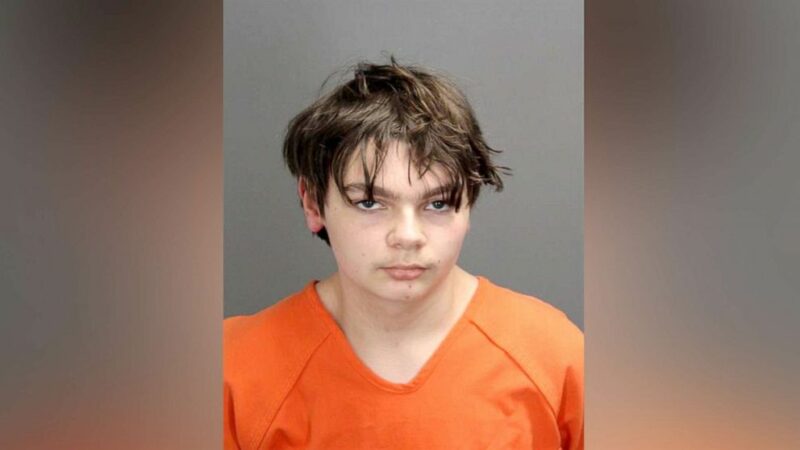 Crumbley was charged last month with multiple felony charges, including terrorism, in connection with the rampage that killed four students and injured several others on Nov. 30. The 15-year-old was charged as an adult.

“As expected, Ethan Crumbley’s attorney has requested an evaluation of his criminal responsibility. This is standard procedure. The defendant will be evaluated by a doctor from the Center for Forensic Psychiatry, who will then prepare a written report,” David Williams, Chief Assistant Prosecutor for Oakland County told ABC News in a statement Thursday.

According to McDonald, Crumbley opened fire on students and staff just hours after meeting with school counselors over disturbing drawings depicting a gun and the words, “The thoughts won’t stop,” “help me,” and “blood everywhere.” Crumbley’s parents were called in for a meeting but left without taking their son with them or asking him if he’d brought a weapon to school, according to the prosecutor.

The parents, James and Jennifer Crumbley, face charges of their own, accused of involuntary manslaughter, after allegedly neglecting or failing to notice warning signs about their son in the months before the shooting.

James Crumbley bought the gun used in the rampage just days prior, said prosecutors, who say a social media post of Jennifer’s suggests the weapon was purchased for their son. The parents allegedly stored the gun in a place to which Ethan had access.

On Thursday, the families of four Oxford students — including Tate Myre, one of the students killed — filed a lawsuit accusing school staff and the Crumbley parents of negligence. It was the second lawsuit to be filed against employees of the high school.

Jennifer and James Crumbley are next due in court on Feb. 8. Their son will appear on Feb. 22.