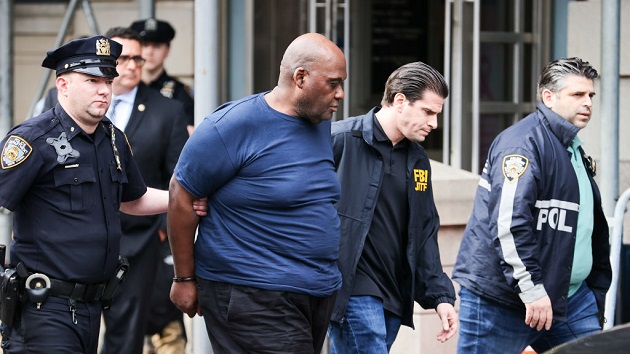 James, 62, allegedly set off a smoke grenade on a Manhattan-bound N train approaching 36th Street in Sunset Park, Brooklyn, before opening fire and shooting 10 people in what police called the worst disruption to the commute in New York since the Sept. 11 attacks.

On Tuesday, without alerting his lawyers, FBI agents entered his cell at the Metropolitan Detention Center in Brooklyn “questioned him, took multiple buccal swabs of his DNA, and directed him to sign certain documents,” according to a letter to the court from Mia Eisner-Grynberg and Deirdre von Dornum of the Federal Defenders of New York.

“Contrary to standard practice, the government committed this intrusion absent advance notice to counsel, depriving us of an opportunity to be heard or to be present. Neither did the government provide subsequent notice to counsel. The agents did not provide Mr. James with a copy of the warrant or a receipt, in violation of Federal Rule of Criminal Procedure,” the letter said.

The U.S. Attorney’s Office for the Eastern District of New York, which has charged James with one terror-related count, declined to comment.

Prosecutors were given until early next week to respond.

The defense attorneys said they would seek to suppress whatever statements James made to the agents this past Tuesday and asked the judge to order the government to turn over a copy of the affidavit that served as the basis for the search.