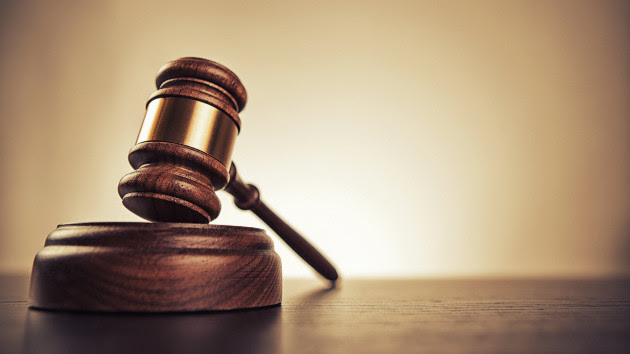 (ALBUQUERQUE, N.M.) — A New Mexico man, who lost his bid for the state legislature as a Republican, will make his first court appearance on Wednesday since being arrested for allegedly orchestrating recent attacks at the homes of four Democratic lawmakers.

Solomon Peña, 39, is scheduled to appear for an initial hearing at the Metropolitan Courthouse in downtown Albuquerque at 1:30 p.m. local time, according to online records. He faces a slew of charges including multiple counts of shooting at a home and shooting from a motor vehicle, aggravated assault with a deadly weapon, conspiracy and being a felon in possession of a firearm.

There was no immediate contact information for Peña available.

Peña is accused of paying four men to shoot at the residences of Bernalillo County Commissioner Adriann Barboa on Dec. 4; New Mexico House Speaker Javier Martinez on Dec. 8; then-Bernalillo Commissioner Debbie O’Malley on Dec. 11; and state Sen. Linda Lopez on Jan. 3, according to a press release from the Albuquerque Police Department. No one was injured in the shootings, and police expect to file charges for the other men who were allegedly involved.

Police allege that Peña “paid the men cash and sent text messages with addresses where he wanted them to shoot at the homes.” He also allegedly “went with the men and attempted to shoot at one of the homes, but the AR handgun he was using malfunctioned. Another shooter fired more than a dozen rounds from a separate handgun,” police said.

Peña was taken into custody on Monday, as detectives served search warrants at his apartment and at the home of two of the men he allegedly paid, according to police. An image of the suspect released by police shows him wearing a MAGA sweatshirt and standing in front of Trump flags.

Police credited detective work matching shell casings. A break in the case came when a Bernalillo County Sheriff’s deputy stopped a silver Nissan Maxima about 4 miles away from Lopez’s home on Jan. 3, just 40 minutes after the shooting. The driver, identified as Jose Trujillo, was arrested on an outstanding warrant. Deputies found more than 800 fentanyl-laced pills and two firearms inside the car, which was registered to Peña, according to police.

In November, Peña unsuccessfully ran against Democratic incumbent state Rep. Miguel P. Garcia for House District 14. Police said Garcia had sued Peña in August, arguing that the Republican candidate was not eligible to serve in the New Mexico House of Representatives because he is a convicted felon and was not pardoned by the governor. A judge ruled in September that Peña could remain on the ballot because the law is unconstitutional, according to police.

Police said Lopez and county commissioners told detectives that Peña “showed up uninvited at their homes in November after the election” and “provided them with documents that he said indicated fraud in the election results.”