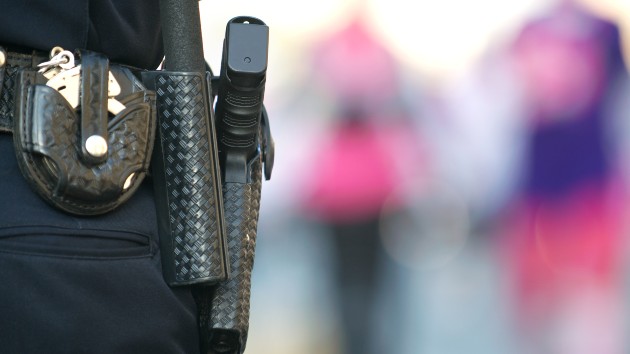 (NEW YORK) — Nearly one year after the death of George Floyd in Minnesota, protesters have taken to the streets again in wake of the fatal shooting of Daunte Wright — and after promises of police reform by the state’s governor and other officials.

Since Floyd’s death on May 25, for which former Minneapolis Police Officer Derek Chauvin was found guilty Tuesday of second-degree unintentional murder, third-degree murder and second-degree manslaughter charges after pressing his knee into Floyd’s neck for over nine minutes, Minnesota Gov. Tim Walz said he would demand the state legislature hold hearings to consider several police reforms passed in other states.

While there has been slow momentum in police reform since Floyd’s death, activists say Walz and local lawmakers who have ignored their bills are now coming to the table to hear them out — days after Wright’s death.

Another death while awaiting reform

Daunte Wright, a 20-year-old Black man and father to a 2-year-old, was shot in the chest and killed during a traffic stop in Brooklyn Center on April 11.

The shooting happened less than 10 miles from the Minneapolis courthouse where the Chauvin trial took place.

Potter and Gannon offered their resignations two days after the incident. On April 14, three days after Wright was killed, Potter was arrested and charged with second-degree manslaughter. She posted $100,000 bail and was released hours later.

Motions toward police reform, yet not much follow through, activists say

And, following Floyd’s death, the Minneapolis City Council moved to disband the Minneapolis Police Department and replace it with an overhauled system. But the Minneapolis Charter Commission formally rejected the proposal in November. However, the council voted to cut the police budget for 2021.

Several council members introduced a new proposal in January to eliminate the police department as a charter department and replace it with a new agency that will include police officers and “additional divisions … to provide for a comprehensive approach to public safety beyond law enforcement.” That proposal is up for review among city officials and may end up on the ballot in November, the StarTribune reported.

Additionally, a petition, led by Yes 4 Minneapolis, aims to get a question on the November ballot to replace the police department with a Department of Public Safety — an effort some critics like Sam Martinez, an organizer with the Twin Cities Coalition for Justice 4 Jamar, called, “just a name change” and told ABC News: “doesn’t do anything for accountability for police here in our communities.”

Martinez’s organization was founded following the 2015 police shooting death of Jamar Clark in Minneapolis and has lobbied for police reform every since.

The most recent action towards reform occurred Friday, when the City Council voted to look into creating an unarmed Traffic Safety Division to eliminate “racial disparities in traffic enforcement,” according to Fox9. Wright died during a traffic stop and under this new policy officers who conduct such stops won’t be armed with guns.

And on April 12, in Brooklyn Center, city officials also banned local police from using tear gas and chokeholds on protesters, after hundreds flocked to the heavily guarded Brooklyn Center police station on the evening of Wright’s death.

The ban, however, does not extend to other law enforcement agencies or the National Guard.

“If there [were] accountability measures, or we could have community control on a local level, we wouldn’t be seeing things … like Daunte Wrights, or George Floyds,” Martinez said. “We’ve been organizing going on six years since Jamar Clark was killed in 2015 and there’s not been a lot of substantial change as far as statewide or even local legislation.”

Johnathon McClellan, president of the Minnesota Justice Coalition, along with a coalition of community groups in the state, have proposed at least nine police accountability bills that seek to end qualified immunity — which protects government officials and police officers from lawsuits, strengthen civilian oversight and end police-only responses to mental health crisis calls.

Activists have been trying to meet with Gov. Walz since January but were ignored until last week following Wright’s death, Michelle Gross, president of Communities United Against Police Brutality, said to ABC News.

“Now suddenly legislators have some interest in our bills. But we’re still getting nonsense from the Senate leadership, saying things like, now’s the time to start a conversation. No guys, now’s the time for action,” Gross said.

“A lot of our bills have made it through the House of Representatives. But that wasn’t an easy fight … we’re putting together another 10 bills, to try to help change the system,” McClellan said.

McClellan said these bills often get struck down by unmoving Republican opponents.

“It’s not like we’re asking, we’re not asking for a handout. We’re asking to live and to be treated with dignity,” McClellan said. “So moving forward, we need to pass meaningful legislation. Anything else is lip service. We need legislation, we need laws that address the cries of the community.”

McClellan also called on Congress to pass the George Floyd Justice in Policing Act, which was passed in the House in March and now sits in the Senate. The bill bans chokeholds, would end qualified immunity for police officers and create a national database of police misconduct.