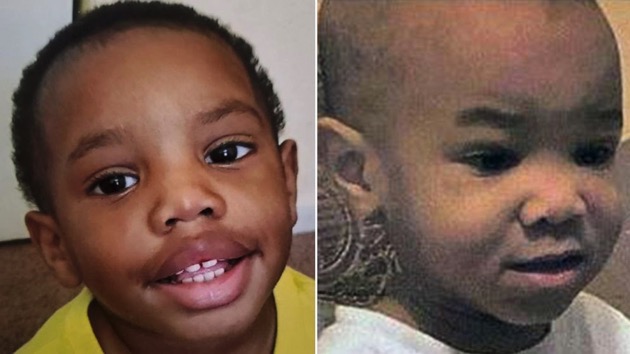 (BAKERSFIELD, Calif.) — The adoptive parents of two missing California toddlers pleaded not guilty Thursday to murder charges, a day after a prosecutor alleged that the couple killed the boys months before they were reported missing.

Trezell West, 35, and Jacqueline West, 32, were arraigned in Kern County Superior Court in Bakersfield on two counts of second-degree murder, two felony counts of child abuse and a misdemeanor charge of making a false report of an emergency.

They both pleaded not guilty to all charges.

“There is clear and convincing evidence that both defendants are a significant and substantial risk to public safety,” Judge Chad Louie said during the arraignment and ordered that the couple be held without bail at the Kern County Jail.

Attorneys for the couple left the court without commenting to reporters.

Louie granted a motion from prosecutors to seal a probable cause declaration in the case as well as all offense reports.

The judge also scheduled a March 8 hearing on a request from prosecutors for a gag order in the case. Louie set a tentative trial date for May 23.

“This morning, I’m saddened to announce that the investigation has revealed that Orrin and Orson West are deceased,” Zimmer said at a news conference Wednesday.

Zimmer said a Kern County grand jury, which convened late last year and heard from more than 50 witnesses, returned a five-count indictment this week against Trezell and Jacqueline West and that an arrest warrant was issued by a judge.

The district attorney said the couple was arrested around 7 p.m. Tuesday in an unincorporated area of Kern County.

If convicted, Trezell and Jacqueline West face a sentence of 30 years to life in prison, Zimmer said.

Zimmer said the bodies of the two boys have not been found.

“However, I would like to emphasize that the fact that law enforcement has not found their bodies does not preclude a murder prosecution,” Zimmer said. “As a matter of fact, there have been hundreds of what we call ‘no-body homicides’ prosecuted across the United States successfully and even no-body homicides have resulted in murder convictions in Kern County.”

Zimmer declined to release details on the evidence prosecutors have against the adoptive parents.

“This is not the outcome that we and so many had hoped and prayed for over the last year,” Terry said. “Our thoughts and prayers go out to the families of Orrin and Orson who with this news today their worst fears have been realized.”

Terry added, “We now realize that the search for the boys began after the real tragedy had already occurred.”

He said the search for the boys’ bodies is continuing.

Trezell and Jacqueline West reported the boys missing on Dec. 21, 2020, and have publicly denied being involved in their disappearance.

The couple reported that the boys vanished from the backyard of their home in California City near Bakersfield, setting off a massive search involving police, the FBI and volunteers. A reward fund ballooned to more than $120,000 for information on the boys’ whereabouts.

In an interview with ABC Bakersfield affiliate KERO just two days after the boys vanished, Trezell West claimed he last saw them playing in their backyard.

“I realized that I left the back gate open and I panicked and came inside the house. [We] searched the house, me and my wife,” Trezell West said at the time. “Once that didn’t pan out, I got in the van. I looked down the street in both directions; it was getting dark, getting cold.”

Police investigators previously said the Wests were not suspects.

Since the outset of the search for the boys, police have said they suspect foul play was involved in their disappearance.

The Wests were initially foster parents to Orson and Orrin, who came to live with them in 2018. The couple officially completed the adoption process in 2019.

In an interview with ABC News in February 2021, Trezell West’s mother, Wanda West, defended him and Jacqueline West as “really good parents as far as I’m concerned.”