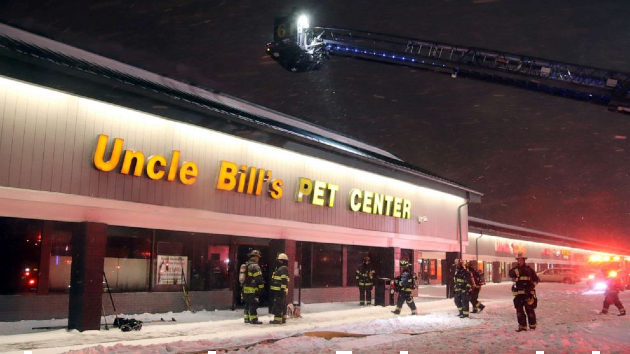 (INDIANAPOLIS) — About 100 animals died as a result of smoke inhalation during a fire at a pet store in Indianapolis Monday night, the Indianapolis Fire Department said.

The animals that perished at Uncle Bills Pet Center included about 40 dogs and 25 parakeets, as well as rabbits and other animals, the department said.

There were some survivors — an office cat and a “resilient” guinea pig, as well as fish and multiple reptiles, the department said. They were taken to be evaluated by an Uncle Bills veterinarian.

“The animals were still in their respective cages and simply succumbed to the deadly gases produced by the smoke,” the fire department said, calling it “a horrible tragedy.”

The fire was under control in one hour, officials said.

The cause of the blaze is under investigation, officials said, adding that it’s not clear how long the fire was burning before the fire alarm went off.