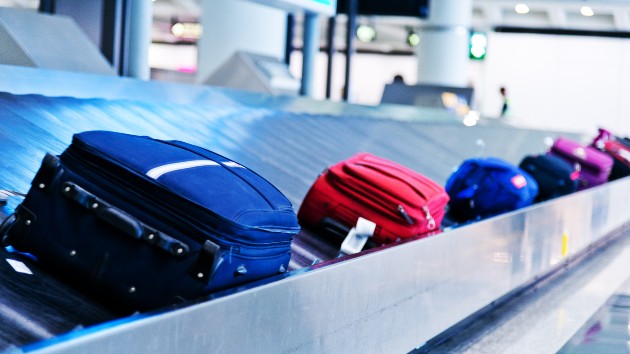 (MINNEAPOLIS) — A group of 20 people were checking their bags at Minneapolis-St. Paul International Airport on Saturday when a 9-year-old boy in the group slipped past his parents and jumped onto the bag conveyor belt.

Delta Air Lines personnel “tried to reach for the boy” to prevent him from entering the luggage screening and sorting area, according to a statement from the airport, but “they were unable to stop him.”

Within seconds, the Delta employees shut down the conveyor belt. But the boy was able to move onto another operational conveyor belt that took him to the area where checked bags are screened.

It took less than four minutes for airport police to locate the child. Authorities returned him to his parents, and airport officials said he did not suffer any injures.

The airport said it is “investigating the matter” and that it “will work with Delta Air Lines on options to help prevent a recurrence of the situation.”

A similar incident in July 2019 was also captured on surveillance — a 2-year-old boy was injured after he snuck past an airport counter and ended up on a baggage conveyor belt.

That boy’s mother, Edith Vega, set him down for a moment to print out a boarding pass at a kiosk near the Spirit Airlines counter at the Hartsfield-Jackson Atlanta International Airport when the toddler took off, Vega told ABC Atlanta affiliate WSB-TV.

By the time she looked up, it was too late, and her son, Lorenzo, was moving away on the belt, Vega said.

“He just went a long ride away,” she said. “I couldn’t even catch up.”

Lorenzo’s journey on the belt was full of twists and turns, and it ended five minutes later in the Transportation Security Administration baggage room, Vega said.

His right arm was fractured in the incident, Vega said. It is unclear how he sustained the injury.

TSA and airport officials said they were investigating the incident at the time.