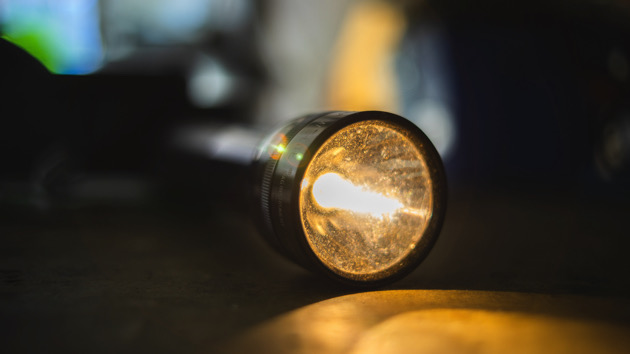 (MOORE COUNTY, N.C.) — A $75,000 reward is being offered in the search for the gun-wielding suspects who attacked vital infrastructure equipment over the weekend and caused a massive electrical blackout in a North Carolina county.

Cooper said the state, Moore County and Duke Energy each contributed $25,000 for information leading to the arrest and prosecution of those responsible for what authorities have been deemed a “criminal occurrence.”

Federal search warrants have been applied for as part of the investigation into the attacks, a local law enforcement source told ABC News on Wednesday.

Earlier Wednesday, Duke Energy, the local utility company, said damage caused to two substations in Moore County has been completely repaired or replaced and authorities said power is expected to be restored to tens of thousands of utility customers by midnight.

The announcement came as many residents in Moore County awoke for the fourth day Wednesday without electricity and as law enforcement continued to the search for the perpetrator or perpetrators who sabotaged two key power distribution substations Saturday night.

“Once we have completed all necessary testing, the gradual restoration of service to those Moore County communities still without power will begin,” Duke Energy said in a statement. “To avoid overwhelming the electrical system we will bring power back on gradually, with the goal of having the majority of customers restored before midnight tonight.”

While no new significant details on the investigation were released Wednesday, Moore County Chief Sheriff Deputy Richard Maness told ABC News that investigators are are closely analyzing evidence discovered at the two crime scenes and following up on tips from the public. No arrests have been announced and authorities have not commented on a possible motive.

“I can confirm that multiple shell casings were recovered,” said Maness, who declined to say what type of firearm was used in the attack or the caliber of the shell casings collected.

According to Poweroutage.us, a website that tracks outages across the country, about 200 Duke Energy customers were still without electricity Wednesday afternoon, down from about 35,000 Tuesday night and a high of 45,000 initially affected by the attack. Schools remained canceled on Wednesday and a 9 p.m. to 5 a.m. curfew has been imposed.

Cooper reiterated that the criminal or criminals knew what they were doing when the power stations were riddled with bullets.

“This was a malicious attack on an entire community, and it plunged tens of thousands of people into darkness. They knew what to do to disable this substation. … But we know that people are very frustrated here, and that’s very understandable,” Cooper said.

The crisis in Moore County has prompted local law enforcement to call in the FBI, the Department of Homeland Security and other federal agencies to help in the probe of what has been deemed a criminal act. The White House is also closely monitoring the situation, officials said.

Asked at a news conference on Monday whether the attacks are being investigated as an act of domestic terrorism, Cooper said, “I think investigators are leaving no stone unturned as to what this is as they are looking at every motivation that could possibly occur.”

Moore County law enforcement said at a Tuesday afternoon news conference that one person died inside a residence without power, but it remained unclear if the death is related to the electrical outage.

Moore County Sheriff Ronnie Fields told ABC News earlier that murder charges could be filed against those responsible for the attack if anyone dies as a result of the power outage.

“What was done was an intentional act. It was not a random act,” Fields said.

Carthage business owner Rachel Haviley used her portable generator to serve up coffee and food to neighbors in need.

“My kids are home, they’re not in school. My husband was supposed to go to D.C., now he’s in daddy day care,” Haviley told WSOC. “I have a friend that was supposed to be at the hospital for class, now she’s not there. There are elderly people who rely on things that help keep them alive, so people’s lives and families have been impacted by this.”

The attacks came amid protests over a Downtown Divas drag show in the Moore County city of Southern Pines. The drag show had been scheduled for Saturday night and was disrupted due to the blackout.

Fields said no evidence has yet been uncovered linking the power outage to the drag show.