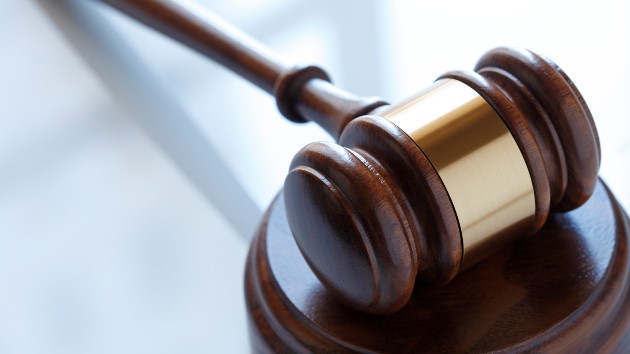 (BUFFALO, N.Y.) — The 75-year-old man shoved to the ground by Buffalo, New York, police during a George Floyd protest has filed a lawsuit against the mayor and the city as well as the police commissioner, deputy commissioner and several officers.

According to the lawsuit, Martin Gugino was seriously injured on June 4, suffering a fractured skull after his head struck the pavement. He was released from the Erie County Medical Center on June 30.

Felony assault charges against two officers were dismissed by a grand jury earlier this month. In a press conference, Erie County District Attorney John Flynn defended charging the officers, but said grand jurors made the decision after viewing video of the incident. Flynn also said Gugino broke the law that day by being out past curfew but he should not have been shoved.

As of earlier this month, the officers remained suspended pending an internal affairs investigation. In response to news of the grand jury’s decision, John Evans, president of the Buffalo Police Benevolent Association, said the officers “were simply following departmental procedures and the directives of their superiors to clear Niagra Square despite working under extremely challenging circumstances.”

Minutes after Buffalo’s 8 p.m. curfew went into effect on June 4, officers “unlawfully, unreasonably and forcibly” assaulted Gugino, the lawsuit filed Monday said. The suit alleges that an officer shoved him after emergency response team members said to “push him.”

Members of the militarized emergency response team who were on scene to enforce the curfew then “walked by without care” as the 75-year-old “lay unconscious on the sidewalk, blood pouring from his fractured skull,” the suit said.

The suit claims that a detective tried to check on Gugino, but another officer stopped him.

Among other claims, the suit seeks to hold Buffalo liable for “concealing, excusing and/or condoning the unlawful use of force” and references a statement released by the police department that said one protester was injured after he tripped and fell. The mayor said in a statement that Gugino was “knocked down” after a “physical altercation.”

The lawsuit also claims Gugino’s constitutional rights were violated, including his rights to freedom of speech, peaceful assembly and freedom from the unlawful use of force by government agents.

The lawsuit blames the police commissioner for failing “to prevent the unlawful and unconstitutional conduct” and the mayor for making “the final decision to declare a state of emergency and impose a curfew.”

In an interview with USA Today in August, Gugino said he could not remember falling to the ground and hitting his head.

Gugino told the newspaper, “I’m not scared of the policemen, but the system is screwed up.”

ABC News has reached out to the Buffalo mayor’s office, Buffalo Police Department and city of Buffalo for comment.