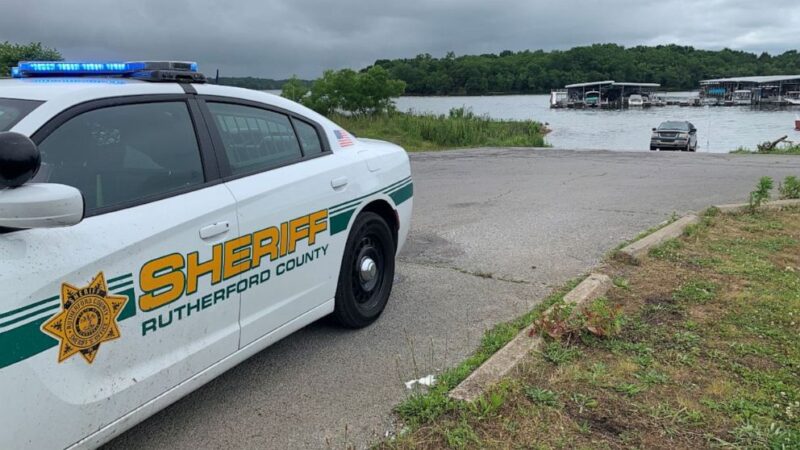 The plane was heading from Smyrna Airport in Rutherford County, near Nashville, to Palm Beach International Airport in Florida when it crashed into Percy Priest Lake around 11 a.m., officials said.

Capt. Joshua Sanders with Rutherford County Fire Rescue said in a late Saturday press conference that they were “no longer … looking for live victims.”

“Our efforts have transitioned from a rescue effort to that of a recovery effort at this time,” Sanders said. “Those efforts will be continuing through the night.”

Authorities identified the seven victims late Saturday as William J. Lara, Gwen S. Lara, Jennifer J. Martin, David L. Martin, Jessica Walters, Jonathan Walters and Brandon Hannah and said all of them were from Brentwood, Tennessee. The Remnant Fellowship Church in Brentwood told Nashville ABC affiliate WKRN that some members of its church were involved in the plane crash. The names identified by authorities are all members of the church’s leadership team, including former actor William Joe Lara and his wife, diet author Gwen Shamblin Lara.

The aircraft was a Cessna Citation 501 airplane, according to the National Transportation Safety Board. In a preliminary statement, the Federal Aviation Administration said there were seven people aboard the plane.

Ashley McDonald, spokesperson for the Rutherford County government, told reporters during a press briefing Saturday evening that local authorities did not know who was on board. She said they know who the plane was registered to, but “at this time we will not be releasing that information as it is part of the active investigation.”

“We have identified several potential targets for dive operations that will resume in the morning,” Sanders said. “Crews will continue to work through the night to identify remains from the aircraft and other evidence to assist the NTSB in their investigation.”

Investigators with the NTSB and FAA have responded to the scene.

The Rutherford County Fire Department urged boaters and civilian drone aircraft to avoid the area during the investigation of the crash site.