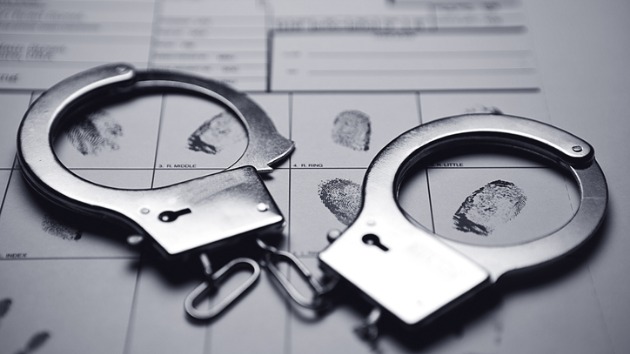 (MONTGOMERY COUNTY, Md.) — Newly released police body camera footage showed officers detaining a 5-year-old boy who left his school grounds in Maryland, putting handcuffs on him and repeatedly saying he should be beaten and spanked.

The footage, released Friday, showed two Montgomery County Police officers responding to a call from East Silver Spring Elementary School about a child who ran away from the school on Jan. 14, 2020.

The video showed the moment officers found the child leaning against a car in a residential area and an officer kneeling down to talk to him.

“You feel like you can make your own decisions? Are you an adult? Are you 18? So why are you out of school?” a male officer can be heard saying to the boy in the video. “I don’t care if you don’t want to go to school. You do not have that choice, do you understand?”

The video then shows the officer grabbing the child’s arm and the child then crying. A female school employee held the boy’s hand and said she would ride in the police car with him back to school.

The male officer then puts the child in the backseat of a police vehicle and says, “You better stop. I don’t want to hear it,” when he started to sob.

A female officer who is also on camera, says: “Does your mother spank you? … She’s going to spank you today. I’m going to ask her if I can do it.”

When they arrive back at the school, the video shows the child wailing when the male police officer picks him up and puts him in a chair.

“Shut that noise!” the female officer can be heard yelling on camera.

The male officer then calls him a “violent little thing.”

The officers are heard in the video repeatedly discussing how the child should be disciplined saying he needs “whoopings” and “spanking.” At one point, the female officer said he should be put in a crate.

Near the end of the clip, the child is handcuffed in front of his mother.

“When you get older, when you want to make your own decisions, you know what’s going to be your best friend? These right here,” the male cop says while holding handcuffs.

“These are for people who don’t want to listen and don’t know how to act,” the male officer says, putting a handcuff on one of the child’s wrists and placing his hands behind his back. “Is that how you want to live your life?”

The child’s family filed a lawsuit in January against the police officers involved in the incident, the county, and the Montgomery County Board of Education.

The suit seeks compensatory and punitive damages and claims the child suffered “severe and extreme emotional distress” following the incident.

The officers’ conduct is described as “malicious, grossly negligent, reckless and in deliberate disregard of the emotional stress it would inflict on the child,” in the court document.

“Our client, Shanta Grant, brought this lawsuit on behalf of her then five-year old son in an effort to get justice and fair compensation for the trauma he endured. She also hopes that the incident will lead to changes in policy and training, both with the school and the police,” Matthew Bennett and James Papirmeister, the lawyers who filed the lawsuit, told ABC News.

Montgomery County Police Department said there was an investigation into the officers’ conduct, but the findings are confidential under Maryland law and both officers remain employed by the force.

The Montgomery County Fraternal Order of Police Lodge 35 also released a statement: “It is clear, that the event and everything that has come after the event should have been handled better by all involved. It’s important to note that unless an officer is assigned to a specialized unit, Montgomery County police officers do not receive training on how to effectively communicate with a young child in distress.”

Montgomery County Public Schools Board President Brenda Wolff and Superintendent Jack Smith said in a statement Friday, “Our heart aches for this student … There is no excuse for adults to ever speak to or threaten a child in this way.”

Councilmember Will Jawando called for the officers involved to be fired and investigated.

“You just see his body language is trembling because his face is blurred out obviously in the video, but the yelling in his face while administrators stood by … putting a handcuff on him, telling him he’s gonna be in jail, just everything was wrong,” Jawando said.