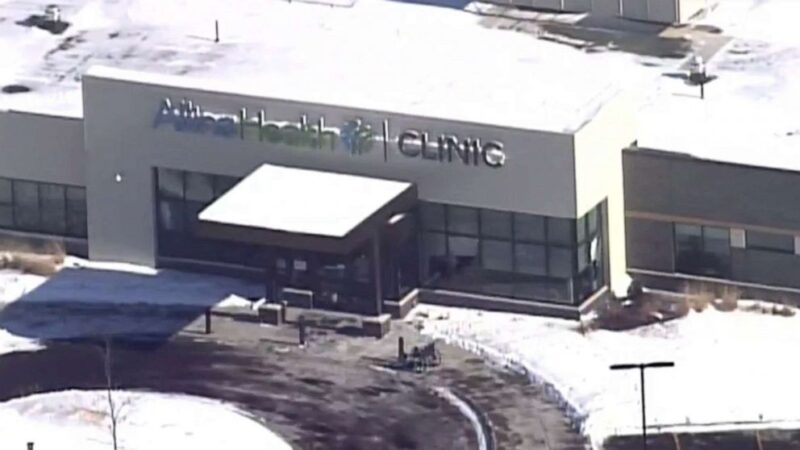 (BUFFALO, Minn.) — Five people are hurt and a suspect is in custody after a shooting at the Allina Health Clinic Crossroads campus in Buffalo, Minnesota, on Tuesday, the Buffalo police said.

Law enforcement is “very familiar with the suspect,” identified as 67-year-old Greg Ulrich of Buffalo, said Buffalo Police Chief Pat Budke and Wright County Sheriff Sean Deringer. Authorities believe this was a targeted incident and that he acted alone, Budke and Deringer said.

Five patients were transported from the clinic to local hospitals after the shooting, which was reported at 10:54 a.m., said Kelly Spratt, president of Buffalo Hospital. Their conditions were not released.