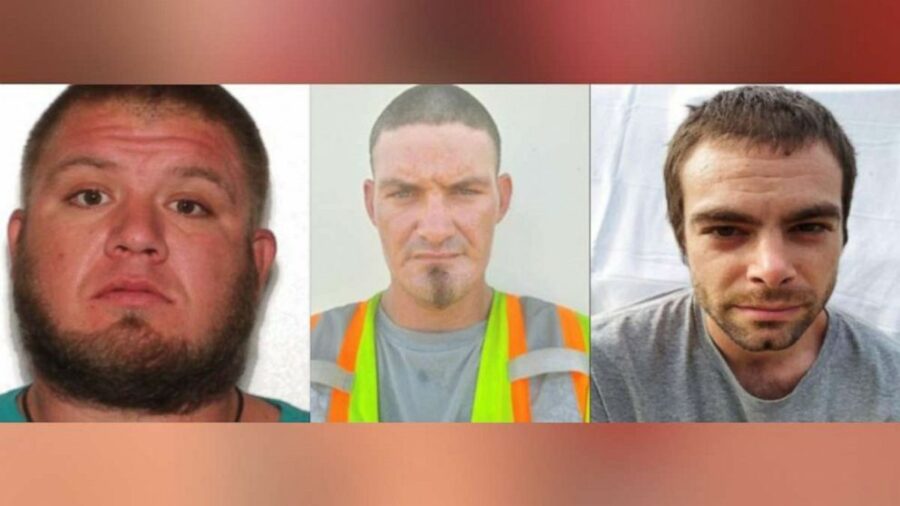 (OKMULGEE, Okla.) — Four close friends who mysteriously disappeared in Oklahoma were killed in a “violent” shooting at a scrapyard, dismembered and thrown in a river, according to police.

The owner of the scrapyard, Joe Kennedy, is a person of interest in the quadruple murder, Okmulgee Police Chief Joe Prentice said at a news conference Monday.

Prentice said authorities want to speak to Kennedy, who is missing, and stressed that he has not been named a suspect.

The victims, Mark Chastain, 32, Billy Chastain, 30, Mike Sparks, 32, and Alex Stevens, 29, were last seen leaving one of their homes in Okmulgee on the night of Oct. 9, reportedly riding bicycles, according to Okmulgee police.

“I’ve worked over 80 murders in my career … but this case involves the highest number of victims and it’s a very violent event,” the chief said.

The victims planned to commit a crime that night, Prentice said Monday, citing an individual who had been asked to participate but declined. Police do not know what the alleged planned crime involved.

Their four dismembered bodies were found in a river on Friday.

There’s nothing to indicate any relationship between Kennedy and the victims, Prentice said. Kennedy has denied knowing them, he added.