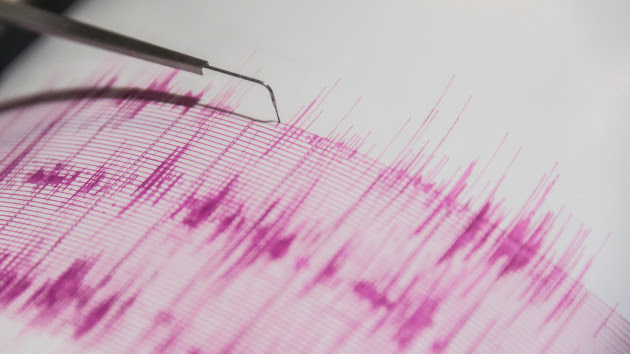 (NEW YORK) — A 4.2-magnitude earthquake struck off the coast of Malibu, California, at about 2 a.m. on Wednesday, U.S. Geological Survey officials said.

Good morning Southern California! Did you feel the magnitude 4.2 earthquake about 10 miles south of Malibu Beach at 2:03 am? The #ShakeAlert system was activated. See: https://t.co/14WBptlPYi @Cal_OES @CAGeoSurvey @CaltechSeismo pic.twitter.com/PQHTrsy1Yk

The quake was “too small” to trigger alerts to local cellphones, the USGS said on Twitter.

“We know some of you felt shaking and we hope you took a protective action like Drop, Cover, and Hold On,” officials said.

The Los Angeles Fire Department said in an alert that it had entered into “Earthquake Mode,” adding that all 106 stations across the city would begin surveying for damage.

“This survey will be conducted from the ground, air and sea,” the alert said. “Once this process is complete and reports are consolidated, assuming there is no significant damage, Earthquake mode will be complete.”

There were no initial reports of damage, the department said. The survey was expected to take about an hour.

Protester killed after shooting cop near where controversial police training center set to be built: Police