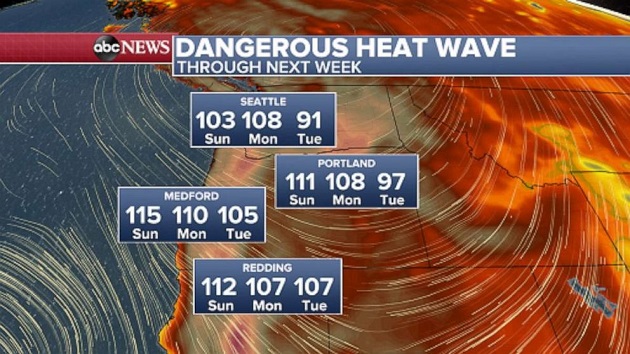 In Seattle, highs are expected to reach 99 degrees Saturday and soar to 103 degrees on Sunday and then 108 degrees on Monday. The all-time record in Seattle is 103 degrees.