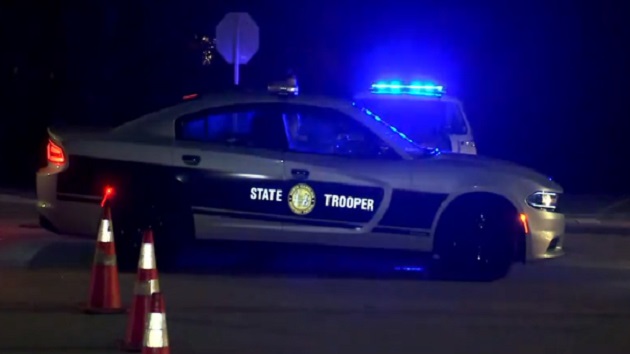 (RALEIGH, N.C.) — The teenager suspected in the fatal shootings of five people in Raleigh, North Carolina, is still in “grave” condition, a law enforcement official briefed on the investigation into the mass shooting told ABC News.

The 15-year-old was taken into custody with life-threatening injuries following a standoff with police last Thursday after the shootings occurred, according to a memo issued by the Department of Homeland Security and obtained by ABC News. It’s not clear whether the suspect’s injuries were self-inflicted, the memo said.

The teen, who has not been named, is still in the hospital in critical condition with life-threatening injuries, the official said on Sunday. While the investigation into whether the suspect’s injuries are the result of a self-inflicted gunshot wound, detectives believe responding police fired at the suspect, so officer-involved-shooting protocols are being followed, the official said.

Raleigh Police Chief Estella Patterson will file a five-day report to the Raleigh city manager on Oct. 20, which will include a detailed outline of the events during the shooting, Julia Milstead, public information officer for the city of Raleigh, told ABC News.

The report will include details on the suspect’s injuries and the type of weapon that was used in the shooting, Milstead said.

Five people were killed and two injured during the shooting, which took place in the vicinity of the Neuse River Greenway Trail in Raleigh, authorities said.

The suspect first shot two people in the streets of the neighborhood before fleeing toward the nature trail, where he opened fire, killing three more people and wounding two others, Patterson told reporters during a news conference on Thursday.

Detectives are continuing their effort to piece together a possible motive for the shooting, the official told ABC News. A search of his juvenile records has not revealed a criminal history, the official added.

Officers searched the suspect’s home on Friday and so far have not found any social media footprint for the suspect, the official said, adding that investigators are going through handwritten material.