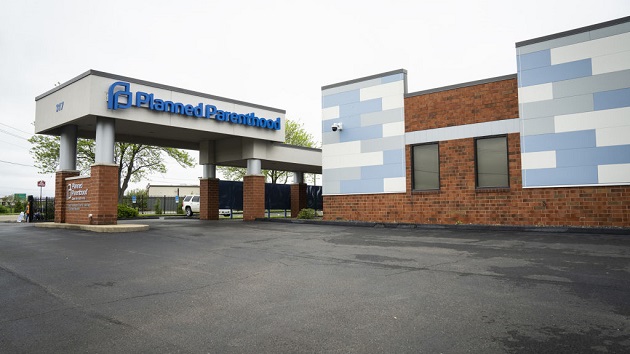 (WASHINGTON) — With the Supreme Court’s looming decision that could overturn Roe v. Wade, doctors are voicing concerns about the well-being of adolescents in states where abortion is likely to become illegal.

Although teen pregnancy has been on the decline since 1991, pediatricians say abortion remains an important option for girls under 18 who become pregnant.

Most girls get their first period between the age of 10 and 15 years old, and most teens report being sexually active before they turn 18.

Despite their capacity to become pregnant, teenage girls are often left out of a national conversation about abortion, said Chez Smith, the CEO of Gyrls in the HOOD, a non-profit organization in Chicago committed to improving reproductive health outcomes for adolescent girls in urban neighborhoods.

Teen pregnancy rates have improved thanks to contraception, sex education and community outreach. But “when something improves, doesn’t mean it ceases to be a necessary focus,” said Dr. Charis Chambers, a fellow at the American College of Obstetricians and Gynecologists.

In 2020, females ages 15-19 accounted for just under 5% of U.S. births, according to the U.S. Department of Health and Human Services. But disparities still exist, with Hispanic and Black/Non-Hispanic teens each accounting for more than twice as many births each year as teenage white girls, HHS reported.

Motherhood can be related with positive experience, much like any mother, Chambers said. Teens “tend to be in awe of what the body is capable of,” she said. The challenges, however, “are really plentiful, and in a lot of cases, outweigh the triumphs,” she said.

For teens, accessing resources and navigating the healthcare system for themselves and their new baby can be extremely daunting.

According to the Centers for Disease Control and Prevention, only about 50% of teenage mothers receive their high school diplomas by age 22.

The emotional burden of childbirth can also take a toll. Adolescent mothers are twice as likely as their adult counterparts to suffer from postpartum depression, according to a report in the journal Pediatrics. Teenagers are also at high risk for developing generalized depression and anxiety, the report said.

The pregnancy itself is not without risk. As Chambers explains, pre-term labor, premature rupture of membranes — which increases the risk for infections like chorioamnionitis — and delayed labor occur most commonly with younger moms and older moms. Other medical conditions, like preeclampsia and even postpartum hemorrhages can also occur. Maternal death during childbirth is also a very real risk.

But becoming a mother as a teenager doesn’t only affect the mother. Children of teenage mothers are more likely to have lower school achievement, drop out of high school, give birth as a teenager and face unemployment as a young adult.

Despite the litany of short-term and long-term effects of becoming a mother as a teenager, the decision to terminate a pregnancy can also be challenging.

“There can be profound grief,” Chambers said.

Battling the stigma of being a teenage mom and the stigma of having an abortion, the ultimate decision to terminate can be very lonely.

“They feel a little traumatized or guilty or shameful,” Smith added.

Medical and surgical abortions are also not without risks, including the risk of bleeding or infections.

Some girls, Smith says, become more responsible after terminating a pregnancy. The experience changes them because they don’t want to be in that situation again and know they don’t have the resources or supports to care for a baby right now, they make different decisions around sex and contraception, according to Smith.

Both Smith and Chambers agree that for teenagers, prevention is the best strategy. But when prevention is no longer an option, the ability to seek safe abortion is even more important. Smith adds that reversal of Roe vs Wade, which would limit options for pregnancy termination in many states, would be particularly detrimental for the teenagers that she serves.

“It’s an invasion of that sacred space where the doctor and the patient are making decisions together,” said Chambers. It is in that space that a woman brings her specific experiences, hopes, fears, and goals and uses that context to make the very difficult decision to terminate a pregnancy if that is the decision she chooses, she said.

The teenage mind is still developing, with impulse control being one of the last parts of the brain to fully develop, so elimination of safe options may make young girls go to desperate, dangerous measures, Chambers said.

“They are gonna find a way to do it – Google, YouTube, performing it on each other,” Smith said.

“Abortions will always be done,” Chambers agreed. “It’s a matter of making it harder for disenfranchised patients – those typically with lower socioeconomic status, lower health literacy and limited access to healthcare – including teenage girls, who are still children themselves.”

Chidimma J. Acholonu, M.D. M.P.H., is a pediatric resident physician at the University of Chicago and a contributor to the ABC Medical Unit.