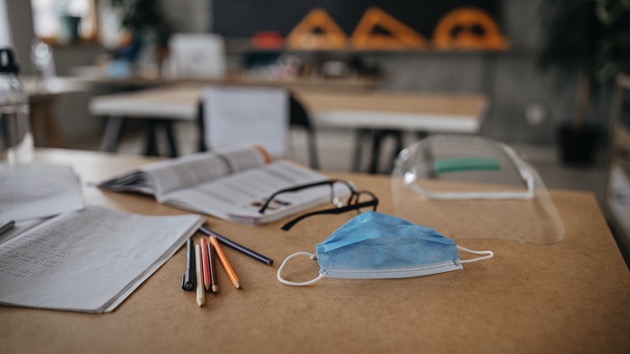 (NEW YORK) — Making sense of COVID guidance for children as summer starts
What to know about the latest vaccine trials and how the pandemic has affected kids’ mental health.

When the coronavirus pandemic shut down the nation last spring, millions of children across the country were forced to leave their classrooms and turn to remote learning. However, the shift resulted in the “disappearance” of thousands of students, who never logged on or re-appeared when classrooms reopened in the fall.

In March, ABC News reported on the troubling number of students “missing” from public school systems around the country, leaving educational experts and school officials deeply concerned about the trend and its potential long-term ramifications.

In the final weeks of the academic year, ABC News reached out a second time to education departments in all 50 states, to get an update on the status of student attendance.

Many state officials said they still do not have updated data on chronic absenteeism, while others said they will not know fall enrollment numbers until they are reported by the districts later in the year.

But still other officials say there are still hundreds, and in some districts, thousands, of students unaccounted for.

“We still have a sizable group of students that we just haven’t been able to make contact with,” said Corey Harris, chief of schools at Boston Public Schools, who estimates the number to be in the range of 1,200-1,300, out of approximately 51,000 students. Most challenging, he said, is when the district is forced to dis-enroll students — those who have not logged on for a certain number of days and for whom all means of contacting the family have been exhausted.

School districts are now doubling down on their efforts to track down students, many of whom come from disadvantaged populations, including going door-to-door to knock and providing incentives such as food pantries to try to entice them. They are also investing in services and programs to meet their needs as they attempt to make up for lost time.

Impacting those most vulnerable

The pandemic has laid bare the many inadequacies and challenges, inherent in the public education system, that are heightened for students of color, English language learners, children with disabilities and students from low-income communities, according to Denise Forte, Interim CEO of the Education Trust, a national nonprofit that works to address the inequities in education.

“It’s those same communities who have been under-resourced, and felt the brunt of history. Those who suffered more during the pandemic, were also those who had been impacted by all the systemic barriers that have prevented them from succeeding in the past,” Forte told ABC News. “Some young people who had to leave school because their parents were out of work, and they had to go find some part time work to support them, or they weren’t able to fully participate in their own studies because they’re supporting their younger siblings.”

According to Sara Sneed, President and CEO of the NEA Foundation, prior to the pandemic, chronic absence, defined as 10 or more days absent from school, particularly affected children from these vulnerable populations, and it only worsened during the pandemic.

Many states reported to ABC News that their school districts have been working hard to engage with students, and track down any that may not be engaging with school.

In California, the state superintendent has created a family engagement unit in its education department, to create strategies to reconnect with students. Although the total number of unaccounted students in California is unknown, statewide enrollment numbers dropped more than 160,000 students, this year, a 2.6% decline.

With a chronic absence rate of 20% this year, compared to approximately 10%-12% in years prior, Connecticut has launched an engagement and attendance program to reach K-12 students struggling with absenteeism. One initiative seeks to have personnel touching base with families and students through home visits, in the hope of encouraging them to return to school, and to help them with placements in summer camps and learning programs.

Similarly, in Mississippi, school attendance officers have worked with districts throughout the school year to ensure that all school-age children, who were not re-enrolled in local public schools, were registered in a learning environment, such as charter or private schools. By February, officers had track down all but 1,156 students, a number similar to previous years.

In Boston, teams have been knocking on doors to try to track down students, and through various engagement strategies include food pantry pop-ups, and resource initiatives, some students have begun to return to classroom.

And in Arizona, about 38,500 fewer students are enrolled in public schools this year, with about 40% of that decline among preschool and kindergarten students, opting to postpone enrollment. Others may have become disengaged with their public schools.

“We were really brought to our knees by this pandemic in the first 90 days, and that translated into some really hard hits. The first 40 days of school, we took a gut wrenching 2,800 in student loss. That was about 6% of our student body… that’s a lot,” Tucson Unified School District Superintendent Dr. Gabriel Trujillo told ABC News.

While some Tucson district families opted for other learning options such as charter and private schools, and others left the state altogether because of economic migration, the whereabouts of a “most troubling” third group of several hundred students — who were not logging on or enrolled in any other school — is still unknown by school officials.

“The academic losses are starting to mount every day that goes by where kids are not in school or getting any kind of instruction,” Trujillo added.

Since the district returned to school buildings in March, 800 “missing” students have returned, mainly families that were waiting for in-person learning, but several hundred students remain unaccounted, said Trujillo.

‘We haven’t given up on them… that’s going to be a major initiative of our team this summer and early fall, to track them down. Each case is individual, each case requires a little bit of investigative work. That’s going to be very arduous and tedious work, but we don’t want to lose any kid. We want to know that they’re okay.”

These students will be tracked down with the help of 15 to 20 newly hired dropout prevention specialists, who will try to contact them all.

“Our goal is to make contact with every single young person, make sure they’re safe, and offer them an opportunity to come home. Or, if Tucson Unified is no longer an option for them, help them continue their education and an option that works for them,” Trujillo said.

School districts are now working to readjust their curriculums in an order to address learning loss experienced during the pandemic.

Classrooms, in 2021-2022, are going to look tremendously different, says Forte, with some kids not at grade level, others with months’ worth of unfinished learning, while a few may have actually thrived, and are above grade level.

Hence the need for “intentional and evidence-based strategies,” she said, such as intensive tutoring, with students working in small groups with one teacher, offering them instruction that’s aligned with their curriculum, as well as the social/emotional support they may also need.

In Tucson, in addition to the regular curriculum, students entering first grade, for instance, will revisit key concepts and skills that may have been lost in kindergarten. And rigorous, five days a week, summer school will be critical to give students a head start for fall. Some 10,000 students have already enrolled.

Finding these students will be critical, officials agreed.