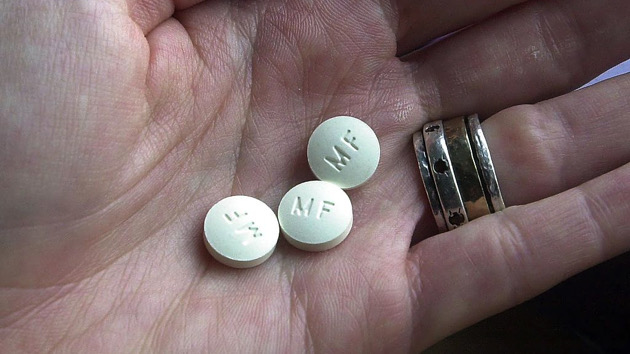 (NEW YORK) — As abortion rights increasingly come under threat across the country — with states like Oklahoma enacting “copycat” bills of sweeping Texas legislation that criminalizes abortion and with the Supreme Court poised to overturn abortion protections — advocates anticipate that women seeking abortion options will look outside the traditional health care system more and more.

For many women, that may mean pursuing a so-called medication abortion.

Medication abortions rely on pills, rather than surgery, to terminate the pregnancy. Usually two drugs — mifepristone and misoprostol — are used in combination to induce the abortion. In 2020, the number of medication abortions exceeded the number of surgical abortions for the first time, according to the Guttmacher Institute, a reproductive health policy research organization.

In “self-managed” cases, women do not undergo their abortions in a formal health care setting, according to the Guttmacher Institute.

That’s in contrast with “supervised” cases where women undergo their abortions under the watchful eye of supervising clinicians. Currently, 19 states require clinicians to be physically present when the medication is administered, according to the Guttmacher Institute.

But since the Texas law and its copycats place health care providers who facilitate pregnancies at legal risk — including telehealth clinicians who support the process virtually — supervising health providers could be held legally liable, Elizabeth Sepper, a professor of law at the University of Texas at Austin, told ABC News.

For example, the recently passed Oklahoma legislation could hold any individual — doctors, nurses, pharmacists — that “aids or abets the performance or inducement of an abortion” legally liable. This raises the concern that — to avoid liability — those individuals might turn away women seeking abortions, Sepper told ABC News.

“I think there’s no question that people seeking abortions will look into any option,” Salganicoff told ABC News, “just because you ban an abortion doesn’t mean women won’t continue to seek them.”

In July 2020, following a suit by the American Civil Liberties Union, the Food and Drug Administration temporarily suspended restrictions allowing mifepristone to be delivered by mail. Last December, the FDA permanently lifted those restrictions.

There are now numerous companies and international pharmacies devoted to shipping pills, according to Plan C, an information portal for self-managed abortion services. Some companies even ship to a handful of states — like Arizona and Texas — where mailing abortion pills is illegal.

The number of pills currently being sent through the mail is difficult to track, Abigail Aiken, an associate professor in health policy at the University of Texas at Austin, told ABC News.

But requests for the medicines by mail have skyrocketed in Texas since the legislation: one study found that, after the passage of the law, requests sent to Aid Access — the country’s largest telehealth abortion provider — leapt 10-fold in the week after it was enacted. Daily requests remained twice as high as the pre-legislation baseline over the next three months, after which point the researchers stopped tracking.

“I think we can see that making abortion illegal doesn’t limit the need for abortion,” Abigail Aiken, who is also the lead investigator on the study, told ABC News, “it just shifts where individuals can find care.”

Data on information seeking for self-managed abortions acquired by ABC News suggests these patterns in Texas may foreshadow broader trends across the country.

In the week after the Supreme Court’s draft decision leaked to the press, page views and overall users on Plan C’s website increased seven-fold. The number coming from states with Texas copycat laws leapt further still: page views from users in Idaho increased 23-times, and page views from those in Oklahoma increased 18-times, according to Elisa Wells, co-director of Plan C.

But doctors fear that the success rates will likely be lower in women who turn to the medications in lieu of other options who are further along in their pregnancy. The later the pregnancy, the higher risk that something will go wrong for women attempting self-managed medication abortions – including blood infections that can be life-threatening without urgent medical care, experts said.

“I have some concern that … regardless of whether their self-assessment [for gestational age] says they’re eligible, they’ll use the pills — because they’re desperate,” Daniel Grossman, professor of obstetrics and gynecology at the University of California San Francisco, told ABC News.

Then there’s the legal risk. In Texas, women like Lizelle Herrera have already been arrested under murder charges after their abortions came to light. Seeking medical care could similarly leave them vulnerable to criminal prosecution, Sepper told ABC News, which would further discourage them from seeking care.

If women with abortions who need care avoid it out of concern for legal consequences, it could endanger their health, Grossman told ABC News.

Despite all the potential upsides of medication abortions, the risk of undue death is what advocates fear most. Especially, since abortion seekers are disproportionately from groups that already face the highest rates of maternal death, including communities of color.

“We know that when abortion is illegal, it doesn’t make it less common, it just makes it less safe,” Danika Severino Wynn, vice president of abortion access at Planned Parenthood, told ABC News.

“When we push people further into the shadows, it means we are undoubtedly making their care more dangerous,” Wynn said.