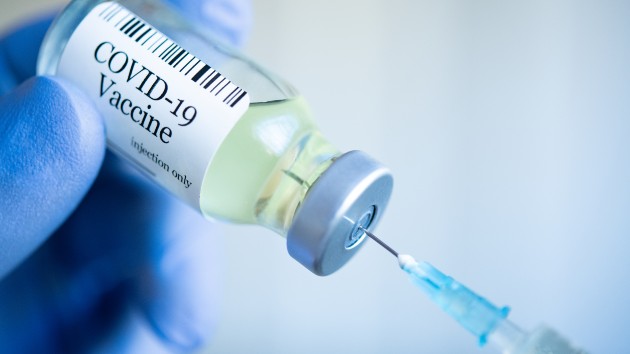 (NEW YORK) — With vaccination numbers declining across the country, leaders in various states are scrambling to put a stick and carrot in front of the millions of residents who have yet to get the shots.

From free beers and baseball tickets to a raffle for a car and even cash, governors and city leaders are attempting to encourage those on the fence to roll up their sleeves. But so far, states have not seen upticks in their vaccine administrations, according to data from the Centers for Disease Control and Prevention.

Emily A. Largent, an assistant professor of medical ethics and health policy at the University of Pennsylvania’s Perelman School of Medicine, said Americans who are holding out on getting a vaccine are ones who have misgivings behind the science, are misinformed or have other personal reasons.

“A donut or a ticket is not going to address their concerns,” she told ABC News. “We’re still going to need other interventions.”

Still, Largent and other health experts say the incentives could make a dent in the vaccination numbers if they’re combined with targeted messaging at those groups.

A recent ABC News/Washington Post poll found that nearly one in four Americans are still disinclined to get vaccinated.

Companies such as Krispy Kreme offered freebies to vaccinated customers in March, and elected officials throughout the country followed suit in the last few weeks as lines outside vaccination centers decreased.

On April 26, Connecticut announced a promotion to give free beers at participating bars and breweries to vaccinated residents between May 19 and May 31. On April 28, West Virginia, Gov. Jim Justice announced that any state resident between 16 and 35 would receive a state savings bond if they received a vaccination.

In Memphis, Tennessee, city leaders began a sweepstakes for a free car to any resident who was vaccinated. On May 4, New Jersey Gov. Phil Murphy also offered a free beer promotion to residents who received their first shot this month.

Ohio Gov. Mike DeWine made a major announcement on Wednesday, offering $1 million a week to the vaccinated winner of a raffle. Starting May 26, five Ohio adult residents will win $1 million if they enter the competition and show they received at least one dose. The lottery is funded by federal coronavirus relief funds, according to the governor.

“I know that some may say, ‘DeWine, you’re crazy! This million-dollar drawing idea of yours is a waste of money.’ But truly, the real waste at this point in the pandemic — when the vaccine is readily available to anyone who wants it — is a life lost to COVID-19,” DeWine tweeted.

After New Jersey started its “Shot and a Beer” promotion, people began lining up outside the Bolero Snort Brewery for their free pints, proudly waving their vaccination cards.

“It’s a way for breweries to give back and do what we can to help spread the word that vaccines are available and safe, and the sooner we get shots into everyone’s arms, the quicker we get everything back to normal,” Scott Wells, the director of sales at Bolero Snort Brewery, told ABC News.

But the early enthusiasm hasn’t led to a tremendous increase in vaccination numbers, according to health data.

Since Connecticut announced its beer promotion, the seven-day average of new vaccine doses administered went from above 40,000 on April 26 to roughly 33,000 on May 11, according to state health data.

West Virginia’s seven-day average has remained level at around 5,000 shots a day, since the state announced its savings bond promotion on April 28, according to the state’s public health data.

New Jersey’s seven-day average of new daily shots rose slightly from about 66,000 on May 4 to about 75,000 shots a day a week later, the state health data showed. But in New York state, the seven-day average dipped from 170,000 to 156,000 during the same time, according to health data.

Dr. Kevin Schulman, a professor of medicine and economics at Stanford University’s School of Medicine and Graduate School of Business, told ABC News the country is at the point where it needs to address and target the Americans who are most reluctant to get the vaccine.

“Financial incentives are fine as a component of a marketing strategy, but they are just a component,” he said.

Schulman co-authored a study in the New England Journal of Medicine in January that looked at the best ways to promote the COVID-19 vaccination among the populace. One of the recommendations in the paper was to create motivations based on “fear of missing out,” such as family get-togethers or movies in person.

Health departments now have the data for which groups of Americans are most on the fence about the vaccine, Schulman said, and it’s generally more politically conservative-leaning Americans and younger Americans.

“We need things that are specifically focused on those segments of the population,” he said.

Schulman said that states need to focus on a comprehensive marketing plan to get their vaccination numbers up.

While he acknowledged that the state and federal leaders don’t have the luxury of time to develop a strategy like other businesses do, Schulman said the leaders must divert as many resources as they can to the messaging efforts.

“We have the most important product of our lifetime and done very little research on how to market it across segments,” he said.