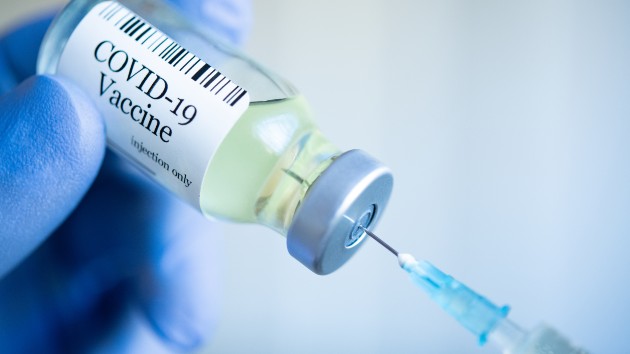 Health experts have been emphatic in their message that the best way to curtail the spread of the highly infectious, and potentially more dangerous, delta variant, which the Centers for Disease Control and Prevention now classifies as a “variant of concern,” is to get fully vaccinated.

“People who are unvaccinated will be at heightened risk in the coming months,” Caitlin M. Rivers, an epidemiologist and senior scholar at The Johns Hopkins Hospital, told ABC News.

Of particular concern are southern states like Alabama, which has the second lowest full vaccination rate in the country and already had a struggling health system prior to the pandemic.

Experts fear outbreaks in the state and region as government officials work to convince hesitant populations to get vaccinated.

Protection rises dramatically with a second dose: another study, just released last week found two doses of Pfizer-BioNTech vaccine are 96% effective against hospitalization with the delta variant. The two doses are also 88% effective against symptomatic disease, compare to 93% effectiveness against the alpha variant.

“If you’re fully vaccinated, you’re protected. But if you’re unvaccinated, you’re at risk of getting seriously ill or spreading the disease to others,” COVID coordinator Jeff Zients said during a briefing at the White House on Thursday.

In Washington state, for instance, the 14-day hospital admission rate for unvaccinated individuals ages 45 to 64, is about 21 times greater than among their fully vaccinated peers.

Even states with the highest vaccination rates, such as New York and Connecticut, are still reporting unvaccinated patients in need of care, and the very few who have been vaccinated and hospitalized are largely experiencing less severe disease.

“I am still putting patients on life support machines, because they’re non-vaccinated and becoming very ill. The patients I’m seeing now are either young people, who never believed they would get sick, young pregnant women who were afraid of the vaccine … or we’re still seeing that elderly patient with comorbidities, becoming sick weak, and landing up on life support machines,” Celeste Winters, a respiratory therapist at University of Rochester Medical Center in New York, told ABC News. “So far, I haven’t seen a patient with a COVID vaccination coming in and being placed on a life support machine in the facility.”

With six of the 10 states with the lowest vaccination rates located in the South, there are growing concerns about resurgence in the region. On average, those 10 states have approximately one-third of their total population fully vaccinated, compared to the national average of over 45%.

Several states with low vaccination rates, including Arkansas, Missouri and Utah, continue to see upticks in their COVID-19 metrics.

Concerns about a potential outbreak are particularly acute in Alabama, which has exhibited concerning fluctuations in its data, and currently has the nation’s second lowest vaccination rate — less than a third of the total population fully inoculated.

According to COVID ACT Now, Alabama has the highest percentage of intensive care unit usage in the country, with 84%, compared to a state like Connecticut, which has nearly 60% of the state’s population fully vaccinated, and 49% of ICU beds in use.

In a recent survey of Alabama’s hospitals, 94% of current COVID-19 positive patients were unvaccinated, Don Williamson, president of the Alabama Hospital Association, told ABC News in a statement.

The growing threat of the delta variant is of significant concern in Alabama, given the large pockets of people who are not vaccinated, noted Dr. Scott Harris, state health officer for the Alabama Department of Public Health.

The variant has already been found in numerous locations across the state, a concerning trend, which will “inevitably” increase, added Harris.

“If you’re finding it in different locations, it just makes you think there’s a lot more of it,” he said.

According to Suzanne Judd, an epidemiologist at the University of Alabama, of additional concern has been the reluctance from some Alabamans to adapt to COVID-19 protocols throughout the pandemic.

“There was often resistance to public health measures, such as masking, business closures, and social distancing that were put in place to slow the transmission of SARS-CoV-2,” Judd told ABC News, and it is those same factors that are contributing to vaccination resistance.

Although experts concur that a potential outbreak will not likely be on the same large scale as previously experienced during the pandemic, Harris noted that it could still result in school, and business closures.

Many of the chronic issues within Alabama’s health care system that existed prior to COVID-19 were exacerbated by the pandemic.

The state is “near the bottom in terms of health indicators,” struggling with poverty, and low educational attainments that lead to high rates of chronic disease and poor health outcomes, said Harris.

These factors are compounded by issues of access and a particularly strong skepticism of government, when it comes to public health, particularly among African-American communities, “just because of the history we have in Alabama… everyone knows the story of Tuskegee [syphilis study],” said Harris.

To overcome the fear that the new vaccine was unsafe, Harris told ABC News, much work was done early in the vaccination process, to reach out to Black communities in the state. The outreach has been relatively successful, he said.

In fact, Lowndes County, a predominantly African American county with a high rate of poverty, “is the county that has the single highest percentage of vaccinated residents,” added Harris.

However, the state was not as prepared for the pushback against vaccinations that stemmed from certain white communities living in rural areas, Harris admitted.

“I would say one thing we probably didn’t do as well was really think about the hesitancy that we’re experiencing in rural white communities,” he said.

Some of the white men living in rural areas, said Harris, tend to distrust messages from the government or the media, and even from their own politicians. However, “they do seem to have a little bit of confidence in the messages they get from their own health care provider,” and thus the state has begun working with medical organizations to encourage people to get the vaccine, according to Harris.

Another factor, Judd said, is that the most hesitant group, is 30- to 54-year-olds per data from the state’s health department.

“This is a time in their life when they are probably working and taking care of a family. Their risk for major complications from COVID-19 is lower than in those over 65 so they may not perceive that it’s important for them to get vaccinated,” Judd said.

Additionally, according to Judd, a decrease of the number of COVID cases in the state is contributing to the low vaccination rates.

“Since people can’t see the devastation from COVID at this moment, and this may be slowing their desire to get vaccinated,” she said.

Reaching residents still on the fence

Alabama’s outreach focus is now primarily on the 25% to 35% of residents not yet reached, but who are not “definite no’s” about being vaccinated.

Across Alabama and the country, there are issues of access to the vaccines. Approximately 10% of the country’s vaccine eligible population lives more than a 15-minute drive from a publicly advertised distribution location, while millions live in vaccine deserts, with limited access to pharmacies and doctors.

State officials in Alabama are now working to expand access, recruiting messengers, who could potentially shift the tide for some residents, including local doctors, and “influencers,” such as former athletes and football coaches.

No stone will be left unturned in this effort, and “maybe we have a chance to reach them eventually,” said Harris.

“COVID is not going to go away. Anyone who is not vaccinated will remain at risk for developing serious complications including death,” Judd concluded.