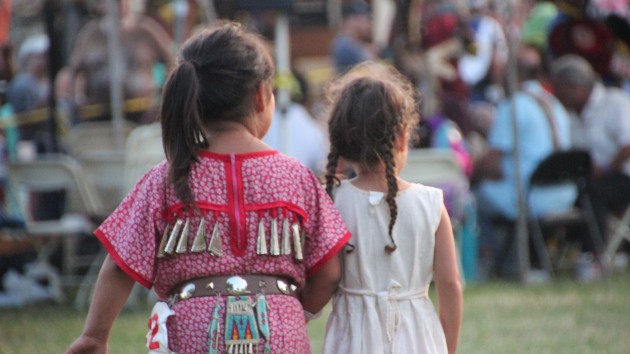 More than three million children in the U.S. had a disability in 2019, slightly up from data collected more than a decade ago.

“There are decades of evidence that these particular racial and ethnic groups, especially American Indian, Native American groups and Black Americans, have poor access to care, and also may not have access to the same quality of health care services,” said Dr. Regan Bergmark, an otolaryngologist at Boston’s Brigham and Women’s Hospital with an interest in addressing health care disparities.

Bergmark said screening programs can be an important first step in identifying disabilities that may benefit from early intervention and treatment. A disability includes problems with seeing or hearing, thinking, walking and other disabilities that affect day-to-day living. But these conditions also negatively impact a child’s future employment and socialization.

A lack of access to high-quality care can be a major contributor to the higher rates of disability. Native American children and their families have historically had inadequate prenatal care, higher rates of premature birth and exposure to environmental stressors. Some live in rural or remote communities where they may experience difficulty with transportation to appointments and higher wait times. Finding primary care providers and pediatricians who understand the unique cultural needs of these children can also pose a challenge.

For example, some children might benefit from therapy that incorporates their tribes’ historical connection to horses.

“In many tribes, horses are connected to the land and to ceremony, and using them to help children with walking, with emotional and social therapy and even mental health therapy has been really effective,” said Dr. Shaquita Bell, a pediatrician at Odessa Brown Children’s Clinic in Seattle and past chair of the Committee on Native American Child Health, in describing how culturally sensitive therapies can benefit children.

The Indian Health Service, an agency within the U.S. Department of Health and Human Services, aims to promote health at local, regional and national levels for members of more than 500 federally recognized American Indian and Alaska Native tribes and their descendants. However, the IHS remains underfunded, limiting the services it can provide, according to Bell and Bergmark.

Experts say that it’s important for doctors and other health care providers to learn as much as they can about Native American history and customs, so they can provide culturally competent care.

“You are probably caring for native children; your kids are probably going to school with them; you’re probably grocery shopping with folks, so awareness … of the unique needs of American Indian and Alaskan Native children are really important so that we can help them achieve their health goals,” Bell emphasized.