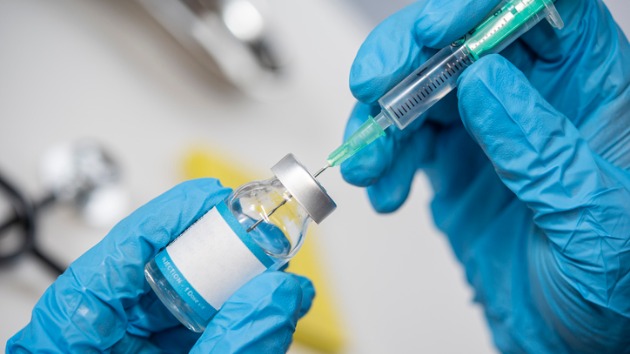 (LONDON) — The Strategic Advisory Group of Experts (SAGE), an advisory group to the World Health Organization, announced at a press conference on Wednesday that it has recommended the AstraZeneca vaccine for adults 65 years old and older.

Although large clinical trials didn’t include enough people older than 65 to draw statistically meaningful conclusions, SAGE researchers are “very confident” the vaccine will work in this age group based on their review of a more limited set of data in conjunction with data from all age groups. The group found that the vaccine may be effective at preventing the severe disease from COVID-19, as well as hospitalizations and death.

In addition to recommending the vaccine for older adults, SAGE supported the United Kingdom’s strategy of administering shots eight to 12 weeks apart, noting that the vaccine is more effective when there’s a longer gap between doses.

A big concern about AstraZeneca’s vaccine has been whether it’s effective against virus variants, after data from a small preliminary trial suggested it might be minimally protective against mild-moderate infections from B.1.351, the variant that’s circulating in South Africa. But even if the vaccine’s efficacy is lower for B.1.351, SAGE noted that any protection against the variant “is better than none.”

“It’s still the right thing to do to immunize older adults with a low-efficacy vaccine, because of the high risk of severe disease and mortality in that age group,” said Dr. Kate O’Brien, director of the WHO’s immunization, vaccines and biologicals department.

AstraZeneca is less expensive than some of the other vaccines currently available and doesn’t need to be stored at ultra-cold temperatures like the Pfizer vaccine, meaning it could help poorer countries gain access to the vaccine.

“It is an important vaccine for the world given the short supply we have in vaccines,” O’Brien added.

The recommendation comes after multiple European countries, including Germany, Austria, Sweden, Norway, the Netherlands, Spain and Portugal, opted to recommend AstraZeneca only for people younger than 65, because of insufficient trial data about the vaccine. South Africa, where B.1.351 is circulating widely, halted its AstraZeneca vaccine rollout and said it would be using the Johnson & Johnson vaccine instead.

Dr. Soumya Swaminathan, the WHO’s chief scientist, pushed back on reports that South Africa had paused its AstraZeneca program. “The decision in South Africa is to roll it out but in a way that you’re collecting evidence and data so that can inform the future rollout,” Swaminathan said.

South Korea, which approved the vaccine for emergency authorization, did so under the condition that AstraZeneca submits full clinical trial results to regulators. “We have added a precautionary line for cautious decision for use of the shots [in] the elderly aged 65 and older,” Kim Gang-lip, South Korea’s vice health minister, said during a news conference.