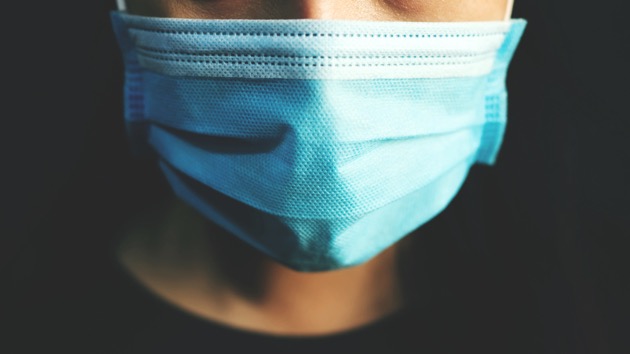 (NEW YORK) — At least five states and a string of local leaders are holding off on changing their mask mandates following the Centers for Disease Control and Prevention’s new guidance that allows fully vaccinated Americans to go without masks indoors or outdoors.

At least eight Democrat-led states — Connecticut, Illinois, Kentucky, Minnesota, Nevada, Oregon, Pennsylvania and Washington state — said they would change their rules to follow the agency’s new guidance, hours after it was announced.

However, Hawaii, Maine, Maryland, Massachusetts, and North Carolina announced that for now, they plan to keep their mask mandates in place. Over a dozen other states and jurisdictions have yet to announce their plans.

Whether states that choose to follow CDC guidelines will keep their mask mandates in place for unvaccinated individuals, remains unclear.

“If you are fully vaccinated, you can start doing the things that you had stopped doing because of the pandemic,” CDC Director Rochelle Walensky said at a White House briefing Thursday.

The CDC said locals must continue to abide by existing state and local regulations and business rules. The new guidance comes on the heels of the CDC’s approval of the COVID-19 vaccine for 12- to 15-year-olds on Wednesday.

The pandemic saw local leaders impose restrictions upon their constituents, with many of the most stringent lockdowns ordered by Democratic leaders.

At a city level, mayors in Washington, D.C., and New York City are reviewing the guidance before announcing any official changes. Mayor Bill de Blasio said Thursday the city will review the new rules “as masks will still be important for schools, public transportation, doctors’ offices and more.”

Similarly, the Los Angeles County Department of Public Health said “L.A. County and the state will review the recommendations in order to make sensible adjustments.” Gov. Gavin Newsom said this week the state would drop outdoor mask mandates on June 15, when the state intends to fully reopen.

“This is a really good reason to get vaccinated. That shot is a ticket to freedom from masks,” Inslee said.

The new recommendation, which carves out exceptions for buses, planes, trains, hospitals, prisons and homeless shelters, will have significant implications for schools and businesses as the country begins to reopen.

Even on Capitol Hill, lawmakers must abide by the mask guidance until all House staffers are vaccinated, according to a memo by the office of the attending physician obtained by ABC News.

Some critics wonder if the decision comes too hastily as variants still threaten the spread of COVID-19 and several regions of the country still grapple with vaccine hesitancy.

So far, 35.8% of the U.S. population is fully vaccinated, or more than 118 million people. That number is projected to surge now that children are eligible for the vaccine.