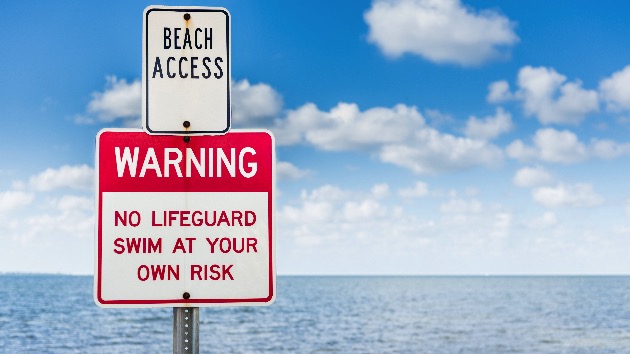 (NEW YORK) — As Americans head back to beaches and pools this summer, there is a new warning for families: Swim at their own risk. Some parts of the country are experiencing a lifeguard shortage.

Tom Gill, vice president of the U.S. Lifesaving Association, told ABC News, “There’s no substitute for safety, and the lifeguards are a part of the safety chain.”

The pandemic is largely to blame for the shortage. Towns are not able to hire, train and certify new lifeguards fast enough, just as more Americans are flocking to waterfront destinations for the summer.

One pool at Lackawanna State Park in Pennsylvania closed due to the staffing shortages. Another in Ohio has posted notices on Facebook turning away eager poolgoers. And in Austin, Texas, the bustling city is trying to stay afloat with just 250 lifeguards registered this summer compared to 750 in a typical year.

“We just don’t have the time to get the lifeguards trained and on payroll for this summer,” said Jodi Jay of Austin Parks and Recreation.

There have also been dangerous rescues and even fatal encounters in some areas that would typically be covered by lifeguards.

Along Lake Michigan over the weekend, a 14-year-old girl was airlifted to the hospital in critical condition.

Alex Neel, conservation officer for Indiana’s Department of Natural Resources, told ABC News: “It sounds like a wave struck them and they ended up going into some deeper water and getting into problems.”

While there were no lifeguards on duty, tower stands along the Great Lake’s coastline stood empty.

Experts say it’s even more important to make sure there’s a lifeguard on duty, even for strong swimmers.

“When they’re on those lifeguard stands, they’re not waiting for the call, they’re there to keep people out of trouble,” Gill explained. “People that think they don’t need lifeguards that they’re probably overestimating their abilities.”