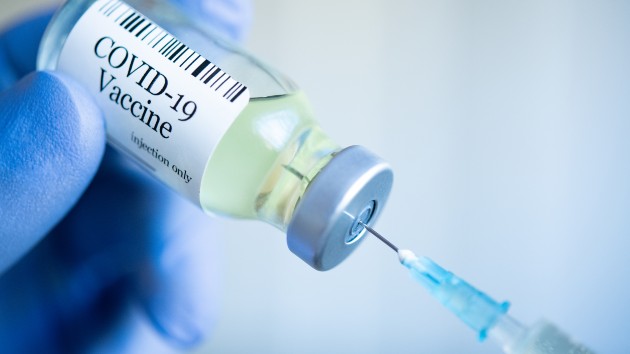 (NEW YORK) — Since the emergence of new COVID-19 variants, experts have worried that the virus may have developed mutations allowing it to outmaneuver existing vaccines.

Now, after months of research, vaccine experts across the globe are learning that vaccines still mostly work — even when those antibodies fail to show up in great numbers — thanks to other crucial parts of the body’s immune system.

“One of the reasons why the vaccines are holding up against variants is they do raise a broad array of immune responses,” said Dr. Dan Barouch, director of the Center for Virology and Vaccine Research at Beth Israel Deaconess Medical Center. “We speculate that multiple immune parameters may contribute to the protection observed by this vaccine against variants.”

In a recent study, Barouch and some colleagues showed that the Johnson & Johnson vaccine prompted all different parts of the immune system to react. Crucially, the study helped reinforce the importance of so-called “killer” T-cells in defending against viral variants, including the worrisome “Beta” variant first identified in South America.

“Killer T-cells are important because they can actually identify an infected cell and get rid of it, and so they’re very good at mopping up infection,” said Dr. Paul Goepfert, a professor of medicine at the University of Alabama at Birmingham and an expert in vaccine design.

The body’s ability to harness multiple parts of the immune system following immunization against the original strain of COVID-19 is still leading to robust protection against multiple variants.

Back in December, when news first emerged about a worrying variant in the U.K., now called the Alpha variant, some vaccine experts worried the new version of the virus might undercut vaccines.

The news was even more troubling as currently available vaccines had only just been authorized. In the weeks that followed, the world learned of the Beta variant from South Africa and the Gamma variant from Brazil.

Vaccine companies started gearing up to test new booster shots that specifically targeted these variants, but in the real world, vaccines still appeared to offer relatively good protection to people living in countries where new variants were widespread.

Barouch’s new research offers some clues as to why.

The human immune system is made up of multiple components that help fight viral infections by making antibodies, a protein created to neutralize foreign objects, and also seeking out infections, destroying them and remembering them so it can fight better and faster the next time.

Like prior studies, this study showed that the variants have mutations that are not well recognized by the antibodies generated following vaccination or infection. In fact, antibody levels from the J&J vaccine were 5.0-fold lower against the COVID-19 Beta variant first identified in South Africa, and 3.3-fold lower against the Gamma variant first identified in Brazil, which is similar to what is seen in other vaccines.

“We are not relying necessarily on the amount of antibody in our blood at the time that we’re exposed to something to protect us,” said Dr. Anna Durbin, an infectious disease physician and professor of global disease epidemiology and control at Johns Hopkins. “We have a memory immune response so that when we see that pathogen again, our body produces more antibody, produces T cells in response to that. It really gears up to control that infection.”

So even with fewer antibodies produced, other parts of the immune system are ready to recognize and fight the infection, she added. And even if a vaccinated person gets re-infected, the severity of the illness is likely to be blunted.

“The J&J vaccine is inducing really good Killer T-cell responses, and so even though they may become infected, these Killer T cell responses can help get rid of that infection very, very quickly,” Goepfert said.

Real-world data cited by Durbin shows that vaccination provides “… really excellent protection against severe hospitalized COVID caused by the variants, and I think that’s probably due to the memory immune response that we have, and the T-cell response that we have, that’s able to clear that virus if we are infected.”