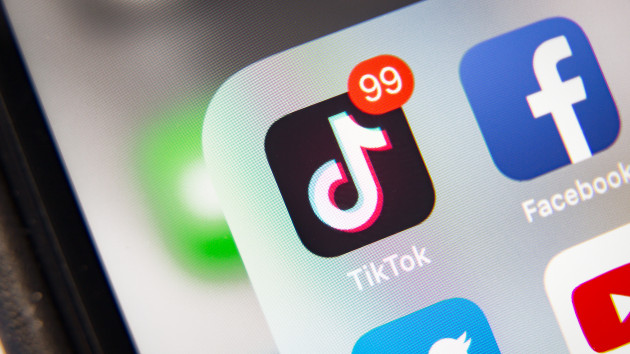 (NEW YORK) — Valerie Hardt’s world fell apart at the start of the COVID-19 pandemic. The 34-year-old found herself struggling to perform her job in her new work-from-home environment.

A job that was once second nature to her became a daily battle, she said, leaving her frustrated that she was suddenly unable to maintain her daily routine and keep track of her time.

Hardt said she finally gained clarity on TikTok after she began following mental health professionals who shared informative videos about the signs and symptoms of Attention- deficit/ hyperactivity disorder (ADHD). One account she followed was run by Dr. Lesley Cook, a clinical psychologist who goes by @Lesleypsyd on the app. She discussed a symptom that piqued Hardt’s interest — “time blindness.”

Time blindness is an unofficial medical term that describes a form of inattentiveness that impacts an individual’s ability to correctly prioritize or track the passage of time. It also impairs an individual’s ability to correctly determine how much time a specific task will take to complete. This difficulty can manifest in certain people with ADHD.

“I started thinking, ‘Wait a minute, if those things are ADHD, maybe I should start looking into ADHD more,’” Hardt said.

Hardt was diagnosed with ADHD in December 2021 and called it “a huge relief.”

“I was validated,” she said. “I wasn’t lazy and I wasn’t stupid. I was just different.”

ADHD diagnosis in adulthood and why women may be under-diagnosed

About 11% of U.S. children and 4.4% of U.S. adults have ADHD, according to the National Institutes of Mental Health. Symptoms range in severity and can include inattention, impulsivity and hyperactivity, among others. Men have a slightly higher prevalence of ADHD from childhood and into adulthood compared to women.

Dr. Thomas Brown is the head of the Brown Clinic for Attention and Related Disorders and has researched ADHD for more than 30 years — authoring the Brown Attention-Deficit Disorder Scales, an assessment used for decades as part of the screening for a potential ADHD diagnosis.

Brown noted the symptoms associated with ADHD are problems people commonly experience from time to time, but a diagnosis for this disability depends on “how much these difficulties impair the person.” A person may have ADHD if their symptoms persistently interfere with their ability to be successful in school or at work, like Hardt.

One of the oldest misconceptions, he says, is that ADHD is a boys-only disorder because it was “originally seen as a behavior problem.”

A recent study from Dr. Susan Young, the director of U.K.’s Psychology Services Limited, noted that boys with ADHD outnumber girls on a 3-to-1 ratio, but argues the latter is more “likely to remain unidentified and untreated.”

Brown theorizes that women and girls are more often overlooked or misdiagnosed because their ADHD symptoms present differently.

His theory is backed by a 2010 study by Dr. Julia Rucklidge, the director of the Mental Health and Nutrition Research Lab of the University of Canterbury. Her research suggested females exhibit subtler ADHD symptoms, such as low self-esteem or daydreaming, which differ from the textbook presentation. Rucklidge theorizes this may account for girls being diagnosed less often than boys.

“Usually, with women and girls, their symptoms are going to be more in terms of difficulty with focus. Difficulty with organization of their work and sustaining work. Not so much behavior problems,” explained Brown.

He believes neither gender is more likely to develop ADHD. Based on his personal observations, he told GMA the number of adult women and men coming to his office for an ADHD diagnosis “is 1 to 1.”

“It’s not that the women just suddenly had an onset of ADHD when they became adults,” he explained. “They’ve had it all along and it just did not come to their or anybody else’s attention.”

Dr. Lesley Cook, a clinical psychologist of Well Spring Child and Family Psychology in Fredericksburg, Virginia, was diagnosed with ADHD when she was in her 30s and said she started a TikTok account to destigmatize conversations concerning mental health and make resources accessible.

“There’s a big problem with psychology wanting to stay behind a wall. And I really wanted to break the wall down,” said Cook, who has over 180,000 followers on TikTok. “I wanted to translate this very clinical language into something that people can understand without any background or training.”

Cook said she was inspired to start her account after observing how her teenage clients would “hunt” for information to explain their specific challenges.

TikTok has become a popular destination to learn about and share information on mental health. When measuring the #ADHD hashtag’s popularity, TikTok told GMA it has amassed over 10.5 billion views on the platform. The hashtag #ADHDTikTok has been viewed over 2.7 billion times.

Cook added that she’s heard from people, including Hardt, who credit her videos for alerting them about ADHD and encouraging them to obtain a formal diagnosis.

Cook said social media not only has the power to further destigmatize ADHD, it also provides “an incredible opportunity” for underserved communities to access and share necessary information.

Just because TikTok is educating users about ADHD and helping people identify it, misinformation is still a problem. Cook strongly encourages her followers to do their own research after consuming her content.

“I tried to make that clear that if you heard something from me and it’s really exciting, try to find another source that is credible [and] stay away from things that seem sensational,” Cook said. “I think the hardest thing on social media is that the onus is really on the consumer to vet their sources.”

A 2022 study from The Canadian Journal of Psychiatry raised the alarm on the growth of ADHD misinformation on TikTok after reviewing its 100 most popular videos about the disability. The study found 52% of the top videos were deemed “misleading” while 27% of the videos were about “personal experience.”

Cook said she has come across several content creators selling products such as herbal supplements that purportedly cure ADHD.

“There is no evidence that any one supplement can cure or effectively treat ADHD,” she stressed, adding that ADHD can only be managed through treatments such as prescription medication and therapy.

The importance of obtaining a formal diagnosis

Both Cook and Brown encourage anyone who suspects they have ADHD to meet with a medical provider who specializes in the disorder and understands how it impacts people from their age group.

Both said obtaining an ADHD diagnosis allows for treatment to manage symptoms. It also opens the door to access accommodations such as additional time to complete tests in school or accommodations in the workplace.

Hardt believes she never would have connected the dots about her ADHD without the app.

“I have two degrees in psychology and counseling, and we spent, at least in my programs, such little time talking about neurodivergence,” Hardt said.

That’s why she thinks she was “completely unaware of my own diagnosis.”

Now, Hardt has started treatment to manage her symptoms and says it’s been “life changing.”

“It’s absolutely changed my perspective on myself,” she added.