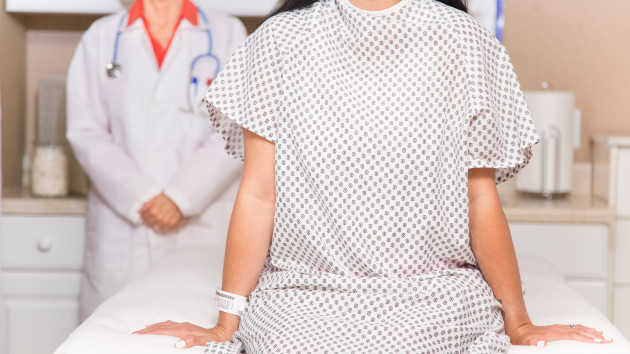 (NEW YORK) — Clea Shearer, co-founder of The Home Edit, a home organizing company, announced she has breast cancer and shared a message encouraging women to be their own advocates when it comes to their health.

Shearer, a Nashville, Tennessee-based mom of two, shared on Instagram Thursday that she was diagnosed with an aggressive form of breast cancer after finding a lump in her breast in February.

She said that her OBGYN was not able to see her, so she had to seek out her primary care doctor to have a mammogram done.

“I had to request a mammogram from my general doctor, which led to an ultrasound, and then an emergency triple biopsy,” Shearer wrote in an Instagram post. “I have two tumors, 1 cm each, that are aggressive and fast moving – but I caught it early. Had I not taken this upon myself, I would be in a completely different situation right now.”

Shearer, 40, said in a later Instagram story that she has an invasive type of breast cancer, which means the cancer has spread into surrounding breast tissue, according to the American Cancer Society (ACS).

The star of Netflix’s Get Organized with The Home Edit, said she is undergoing a double mastectomy and shared a photo of herself Friday in the hospital awaiting surgery.

Breast cancer is the second most common cancer among women in the United States, according to the Centers for Disease Control and Prevention.

On average, over 255,000 cases of breast cancer are diagnosed each year in the U.S., and over 40,000 people die each year from the disease, according to the CDC.

Screening for breast cancer — which includes mammograms, at-home breast self-exams and clinical breast exams done by a doctor or nurse — can help catch the disease early, when it is easier to treat, according to the CDC.

Shearer said she decided to share her cancer battle publicly to encourage other women to “to self-examine on a regular basis, self-advocate always, and to prioritize your health over your busy schedules.”

She noted that she was under the age of 40 when her tumors were found and has no family history of breast cancer.

“The most important thing for everyone to remember is that I found these tumors myself,” Shearer said in her Instagram stories. “I felt something and I said something.”

“I’m begging you all. I’m pleading with you. Please examine yourself on a regular basis. Please fight for your own testing and your own scans, even if your doctor is not being helpful, and please prioritize your health,” she added.