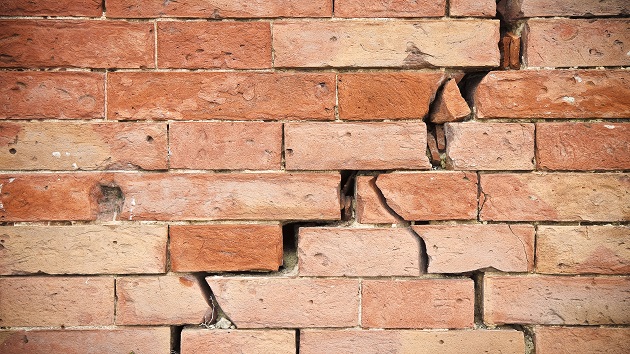 (NEW YORK) — More than a week after the building collapse in Surfside, Florida, 24 people have so far been confirmed dead, with 126 still unaccounted for. As search and rescue crews race the clock to retrieve survivors and remains, they’ve had to contend with several barriers: falling debris, a tropical storm looming off the coast and limited time to recover hope from the rubble.

Undeterred, rescue workers in Florida have worked tirelessly, already moving millions of pounds of debris, with teams working up to 12-hour shifts every day — putting their own safety on the line, and with their own skin in the game. Thursday, the body of one of a first responder’s daughter was discovered among the ruins.

Mental wellness peer teams have been deployed to support the responders. When President Joe Biden arrived at Surfside Thursday, local officials called for increasing psychological supports for those affected by this tragedy.

“This isn’t just a Florida tragedy — it’s also a national and international event. We’re planning on appealing to the President for the best PTSD support possible for the men and women who are working in conditions that resemble more of a warzone than a normal search and rescue mission,” State Fire Marshal Jimmy Patronis said in a statement before Biden’s visit.

Dr. Nomi Levy-Carrick, a psychiatrist at Brigham and Women’s Hospital who previously worked in New York City with survivors of the 9/11 attacks, said that while first responders have been trained to deal with the physical and mental demands of their job, that training does not make them invulnerable to the trauma they witness — and may internalize — while on scene.

“In the aftermath of something traumatic like this, there is so much loss, grief, sadness, even anger. There can sometimes [be] levels of stress that approach toxic levels that make first responders vulnerable to PTSD and other mental health conditions like depression. And the risk to community members, who don’t even have this training or experience? It’s even greater” she said.

Post-traumatic stress disorder — meaning sustained symptoms of trauma that continue many months to years later — is a mental health condition that can develop in the aftermath of traumatic events. PTSD can include things like flashbacks of the traumatic event, nightmares, intense or prolonged psychological distress to stimuli that resemble or symbolize aspects of the traumatic events, and recurrent intrusive memories of the event.

With both workers and community members at risk, Levy-Carrick says that finding meaning can be essential, and protective. “Having a sense of meaning and purpose, whatever that may be, is a very important factor that supports resilience. … It’s important that people feel supported and maintain their social connections through this.”

“Rest and sleep are an essential component of physical and mental endurance, especially in situations with an uncertain end point” said Dr. Ripal Shah, a clinical assistant professor of psychiatry and behavioral sciences at Stanford University School of Medicine. She has worked in health care disaster settings in Puerto Rico, Nepal, Indonesia and Haiti.

Shah said it’s important that rescuers are given enough time to take care of themselves.

“If there is adequate manpower, limiting the number of shifts in a row, giving enough time in between in shifts, can be so important for mental health recovery,” she said.

The sense of responsibility to help survivors and clear the scene, can bring some measure of hope, comfort or information to the families — and all can drive rescuers to keep going, some have expressed.

“It’s not every day that you get to go help and do this,” Andrew Schmidt, a firefighter on Southwest Florida’s Urban Search and Rescue Task Force 6, told station WINK.

“We’re holding up because we’re all holding up for that hope, that faith that we are going to be able to rescue somebody,” Andy Alvarez, the Miami-Dade Fire Rescue’s deputy incident commander overseeing search and rescue efforts, said.

In the tent city set up for crews’ work, a community has come together: volunteers from Surfside and from around the country have brought food and water to support the rescuers, and the Surfside community has set up memorials and prayer circles for those waiting on news.

The massive search and rescue operation is not yet over; nor are all the answers about why this happened are apparent as of yet. And, experts say, the long-term psychological effects from the collapse and loss of life will have ripple effects over time. And while the risks for PTSD are there, Dr. Levy-Carrick said it does not mean it’s what is fated for these workers and the Surfside community.

“PTSD is not inevitable…The risks are very real though for the workers and communities; we should look for how people can support each other and how the community is coming together. It’s part of the way that you can retain hope amidst such tragedy,” Levy-Carrick said.

Jacinta Leyden, M.D., is a psychiatry resident physician at Harvard’s Brigham and Women’s Hospital and a contributor to the ABC News Medical Unit.