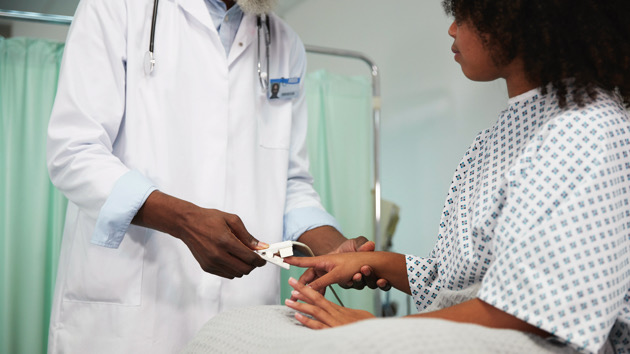 (NEW YORK) — The U.S. is facing a surge of respiratory viruses, mainly driven by COVID-19, influenza and respiratory syncytial virus, or RSV.

Flu and RSV have appeared earlier than usual and have particularly affected children, leading to 78% of pediatric hospital beds being full, according to the U.S. Department of Health & Human Services.

All three viruses have symptoms that are similar, which can make them difficult to tell apart. But knowing which virus a person has can help them receive proper treatment or, if need be, let them know if they need to isolate.

Here are some questions to consider when trying to determine if you have COVID-19, flu or RSV.

What are the symptoms?

COVID-19, flu and RSV are more similar to each other than they are different in terms of symptoms.

One of the only symptoms exclusive to one virus and not the others is loss of taste and smell, which has been a hallmark symptom of COVID-19.

However, public health experts told ABC News the absence of one of the symptoms does not mean a patient doesn’t have a particular virus and that the only way to be sure is to get tested.

“In most cases, if anybody has generic symptoms, such as fever, cough, runny nose, there’s going to be no real way to distinguish which one is which without a test,” Dr. Scott Roberts, an assistant professor and the associate medical director of infection prevention at Yale School of Medicine, told ABC News.

How quickly did symptoms come about?

Flu symptoms typically appear rather quickly while symptoms of RSV and COVID-19 appear more gradually, according to the Centers for Disease Control and Prevention.

COVID-19 has an incubation period of two to 14 days while RSV has an average incubation of about five days but can be anywhere from two to eight days.

By comparison, flu has an incubation period of one to four days.

“So, if somebody says, ‘I went to Thanksgiving party yesterday where someone had flu and the next day I had a fever,’ I can already tell you that’s flu,” Roberts said. “I know it’s much too fast for it to be COVID.”

How old is the patient?

Public health experts told ABC News that depending on how old a patient is can affect the severity of the disease.

For example, RSV is most severe for infants younger than six months older and young children, particularly those with weakened immune systems or congenital lung or heart disease.

“Children under six months of age and children maybe a little bit older who have underlying medical conditions or who were premature, end up with the shortness of breath and the difficulty breathing because their airways are just so small, and they don’t have a lot of reserve there to move air through the small air passages when they’re inflamed,” Dr. Shira Doron, an infectious disease physician and hospital epidemiologist at Tufts Medical Center in Boston, told ABC News.

However, relatively young and healthy adults are not likely to have a severe case of RSV if they get infected.

“In children, we tend to see a lot more of the sort of bronchiolitis respiratory issues with RSV,” Dr. Allison Bartlett, an associate professor of pediatrics at the University of Chicago Medical Center, told ABC News. “Adults, when they get RSV, it tends to be a like a cold. It’s just like one of the colds that you would get every year.”

With COVID-19, age is the number one risk factor when it comes to severe disease and death.

As of the week ending Nov. 19, Americans aged 65 and older make up 92% of all deaths from the virus, according to an ABC News analysis of data from the Centers for Disease Control and Prevention.

What treatments or precautions do I need to follow?

“Not everyone needs to be tested; our pediatricians’ offices and hospitals are overloaded,” Bartlett said. However, figuring what the illness is can help treat the patient and potentially family members or close contacts, she said.

For example, with COVID-19, it’s important to follow CDC guidelines, which include isolating for at least five days — or longer if symptoms don’t improve — and wearing a mask around others.

Additionally, they can be prescribed Paxlovid if they are at risk of severe illness.

With flu, patients can receive Tamiflu to shorten the course of their illness as long as it is given early on and people who are exposed to flu can receive the treatment to prevent them from getting sick.

However, the most important thing a person can do if they are infected — when possible — is to stay home.

“If you’re really, really sick, go the hospital. If you’re not that sick, and it looks like a common cold, then you stay home and don’t infect people,” Doron said.