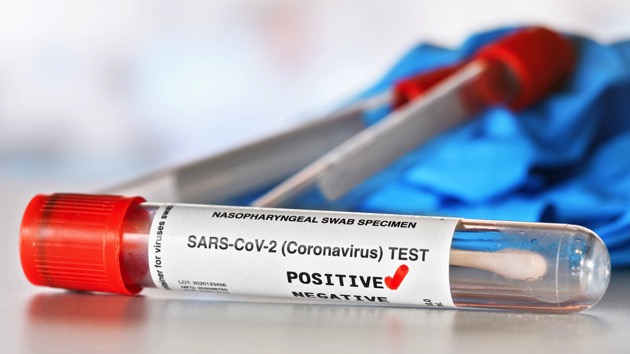 (NEW YORK) — As COVID-19 cases surge across much of the United States and many vaccinated people return to indoor masking, a pattern appears to be emerging — the same states that are seeing the biggest increases in COVID-19 infections also have high rates of residents who don’t have health insurance.

While COVID-19 data changes daily, as of Wednesday, the 12 states with the highest seven-day new case rates also had higher than average uninsured rates, according to data from the American Community Survey and the Centers for Disease Control and Prevention.

“​​It lines up with everything we’ve seen during the pandemic,” said John Brownstein, Ph.D., the chief innovation officer at Boston Children’s Hospital and an ABC News contributor. “Uninsured communities have less access to testing, less access to vaccines and less access to care. So of course, you’re going to have increased overall risk among those populations,” he added.

“It’s playing out as we would have anticipated in a pandemic.”

Florida, where Gov. Ron DeSantis has mocked the use of masks and issued an executive order to block government entities from requiring COVID-19 vaccines, has emerged as a cautionary tale. Along with Louisiana, Florida now has the country’s highest COVID-19 case rate, with more than 400 new cases per 100,000 residents as of Wednesday, according to CDC data.

“Florida is in the worst spot right now,” said David Radley, a senior scientist for The Commonwealth Fund, a New York City-based foundation that promotes better access to quality health care. “It has the highest emerging case rate and it has a high level of uninsured.”

Florida might hold the dubious distinction of having among the highest new COVID-19 case rates coupled with a 19% uninsurance rate, but a number of other states are struggling with increasing COVID burdens and a health system that’s not set up to easily handle — or pay for them.

Any state in the upper right quadrant of the graph is “in a tough spot,” Radley said.

Importantly, a correlation between high uninsurance rates and an increasing COVID-19 burden does not mean below-average insurance coverage is driving infections. Instead, a complex constellation of overlapping factors, including politics, might be at play.

“When we think about the policy choices states have made, which would leave a state in a place to have high uninsured rate — things like not expanding Medicare and Medicaid programs and having more restrictive Medicaid programs in the first place — are political choices that tend to align on the right side of the political spectrum,” Radley said.

“I think there are a lot of undercurrents that are driving high uninsured rates and the high case rate,” Radley added.

The reality of being uninsured during a pandemic

Having a high rate of uninsured residents is bad enough during normal times, experts say, but it’s especially harrowing during a pandemic.

Hospitals providing intense levels of COVID-19 care to uninsured patients won’t be reimbursed at the same rate that they would be for patients with insurance. Assuming they survive, those uninsured patients will likely face medical bills for their hospital stays, whether they can afford them or not, Radley explained.

There’s also a circular phenomenon in which people without insurance, or who are underinsured, may be less likely to seek timely care or get tested in the first place.

“I can see a scenario where it would create a spiral,” Radley said.

Compounding that delayed care is the fact that people who don’t have health insurance are more likely to be in high-risk groups, Brownstein explained. He pointed to a preprint study he worked on, which has not yet been published in a peer-reviewed journal, which found that “vaccine deserts have more residents with self-reported COVID-19 exposures and pre-existing conditions as well as more individuals who lack health insurance.”

“If you have increased risk in those populations, it’s not just about increased cases, it’s increased hospitalizations and deaths,” Brownstein said.

The most current data available on insurance rates from the American Community Survey data is from 2019, meaning it doesn’t include the pandemic. But while experts feared that job loss during the pandemic would lead to higher uninsurance rates, Radley said that based on informal surveys, it doesn’t appear that those fears have come to pass. He expects 2020 rates to reinforce similar patterns to the 2019 rates.

“I would bet you that these are vast underestimates, because those that are uninsured are unlikely to get testing — either have access or be able to get testing covered,” Brownstein said. “The patterns that you’re witnessing might be even stronger if testing was equitable.”

“If we’re not taking care of fundamental issues of access to care at the most basic levels, and then you have worse outcomes among those patients because they didn’t have that care or access to testing, and they end up in hospitals,” Brownstein said. The end result: overflowing hospitals, which impact patients of all socioeconomic groups.