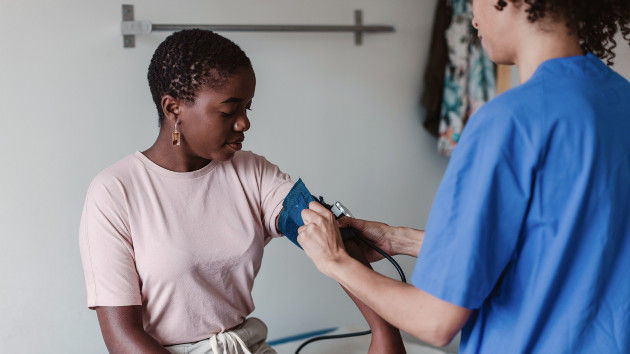 (LONDON) — Racism and discrimination must be acknowledged as public health threats in the fight to address global health disparities, according to a new study.

As part of the four-paper series published in The Lancet medical journal Thursday, researchers from countries around the world, including the U.S., U.K., Brazil and India, carried out a major review of scientific literature and used data from hundreds of articles in recent years.

The tendency among health professionals has been to explain unequal health outcomes on either genetics or economic conditions, according to the study’s authors. But in order to tackle racial health inequities, racism and discrimination themselves should be classified as public health threats globally, the authors say.

“Racism has always been a public health threat,” Alexandre White, assistant professor of sociology and the history of medicine at John Hopkins University School of Medicine, told ABC News. “It has emerged time and time again, especially over the last 10 to 15 years.”

Research into the intersection of race and health disparities has advanced in recent years, particularly in the U.S. According to the U.S. Centers for Disease Control and Prevention almost every two in three pregnancy-related deaths are preventable. A 2020 report found that non-Hispanic Black women experienced a higher pregnancy-related mortality rate — a disparity placing them nearly three times more at risk of dying due to pregnancy-related causes compared to non-Hispanic white women.

The report’s authors also found evidence of disproportionate impact from the pandemic, vaccine inequality and climate change on minority groups.

“This study is tremendously important [as] it sheds light on the fundamental role that racism, xenophobia and forms of discrimination actually play on health, both from a structural level and generational level over time,” White said. “But also fundamentally since the COVID-19 pandemic we’ve seen the ways in which, especially racism and xenophobia, affects who gets sick, how seriously and why.”

“It’s not only because of racism at the individual interpersonal level,” Dr. Abi Deivanayagam, a public health doctor, researcher, activist and one of the study’s authors, told ABC News. “It’s racism in the way that our society is structured. And that’s very real. And it’s really important that we acknowledge this in a medical journal like The Lancet so that health people recognize that this is something this is our duty of care to patients. And our care really has to go beyond the individual to making sure that our systems are safe for our patients.”

Although discrimination against minority groups comes in different forms around the world according to such factors as race, ethnicity and religion, a pattern of worse health outcomes for minority groups can be seen globally.

According to Deivanayagam, the study has drawn two major conclusions.

“One thing is that there is evidence globally that shows that racism, xenophobia and discrimination affect a range of different health outcomes, and that this is embedded across different levels of society and that it affects people across the course of their lives ranging from COVID-19, to vaccines, to actually getting health care access,” she told ABC News. “The second thing is that we need to get to the root cause of this. And the way we do that as health professionals is to recognize that racism, xenophobia and discrimination are actually a public health threat.”