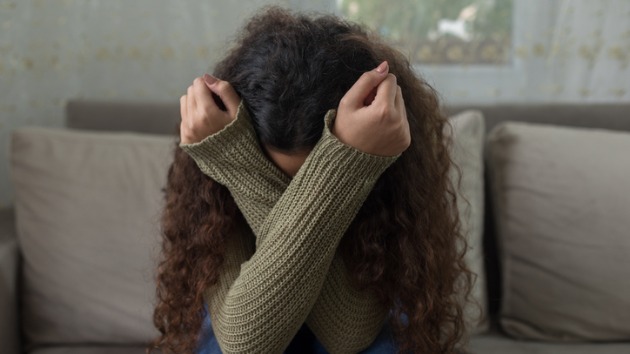 (WASHINGTON) — After an initial drop in suicide-related emergency department visits at the start of the COVID-19 pandemic, the Centers for Disease Control and Prevention are reporting that suspected teenage suicide attempts rose in 2021, with the increase driven by a dramatic uptick among teenage girls.

Among boys, there was a 4% rise in suspected suicide attempts over the same period when comparing this year to 2019. The authors noted that this does not mean there was necessarily an uptick in suicide deaths.

Although Friday’s CDC report did not speculate on why this might be the case, experts interviewed by ABC News said it could be due to gender differences in psychiatric manifestations, development and socialized behaviors.

Psychiatrists say it’s not clear yet why the pandemic seems to have hit women’s mental health harder, but it could be a combination of factors.

“Adolescent females have been spending more time at home due to physical distancing and remote schooling allowing them to express mental health distress and talk more about suicidal thoughts and behaviors than ever before,” said Dr. Christine Yu Moutier, chief medical officer at the American Foundation for Suicide Prevention. “[This has prompted] adult figures in their lives to take them to the [emergency department].”

Those going through puberty, a crucial time in youth, may be particularly vulnerable to the pandemic.

“Before puberty, the rate of depression and anxiety is the same for males and females, but after puberty it increases for females,” said Dr. Yalda Safai, a psychiatrist in New York City and contributor to the ABC News Medical Unit. “All the risk factors for depression have been exaggerated by the pandemic.”

Further research is needed to understand racial and ethnic trends in this patient population. Race and ethnicity data was not available when the study was conducted, according to the CDC.

“Certain communities and populations (i.e., American Indian/Alaska Native, Black, Latinx, LGBTQ) have been disproportionately impacted by the pandemic and may be experiencing different suicide-related trends than the general population,” said Moutier. “We need more data to identify and examine trends among these specific populations.”

Friday’s CDC report catalogued a significant increase in emergency department visits among teenage girls, though some of that could be explained by the fact girls are more likely to disclose suicidal thoughts and seek medical care.

“Females are more likely to self-report self-harm or suicide attempts than are males, which may lead to a reporting bias, and a disproportionate number of females coming to the ED for these events,” said Dr. Neha Chaudhary, a child and adolescent psychiatrist at Massachusetts General Hospital and Harvard Medical School and adviser to Brightline, a behavioral health platform for youth.

Meanwhile, Chaudhary said, the CDC study included a broad range of self-harm and suicide-related issues that tend to yield emergency department visits — not all of which are immediately life-threatening or true suicide attempts.

Regardless, psychiatrists agree that teens need more support. Care for at-risk teens should not be limited to the emergency room, Moutier said. Suicide attempts drop 30% when patients get the treatment they need, and health care providers check in on them periodically in the months after being discharged, according to research published in JAMA Psychiatry.

“It is critical to strengthen care transitions so once an individual leaves the ED they don’t fall through the cracks,” said Moutier.

The CDC is urging parents and families to watch out for the signs of suicide risk, limit access to harmful substances and firearms at home, and enroll youth in programs that increase social connections and teach coping skills.

“Youth across the world have been struggling with their mental health for a long time, with rates of anxiety and depression climbing at a faster pace since the onset of the pandemic,” Chaudhary said.

As social connectedness is a key protective factor against suicide, it is important, now more than ever, to reach out to those who may be struggling.

“A simple phone call or text message letting them know you care may be just what they need,” said Moutier.

If you are struggling with thoughts of suicide or worried about a friend or loved one, help is available. Call the National Suicide Prevention Lifeline at 1-800-273-8255 [TALK] for free, confidential emotional support 24 hours a day, 7 days a week. You can also reach the Trevor Project at 1-866-488-7386 or the Crisis Text Line by texting “START” to 741741.

Natalie S. Rosen, M.D., is an internal medicine resident physician at The Johns Hopkins Hospital and a contributor to the ABC News Medical Unit. Sony Salzman is the coordinating producer of the Medical Unit.

Dr. Divya Chhabra, a contributor to the ABC News Medical Unit, contributed to this report.

More than 150,000 births could occur in the US every year following the reversal of Roe v. Wade, report predicts

Can high-tech air filtration systems lower the risk of COVID in autos?