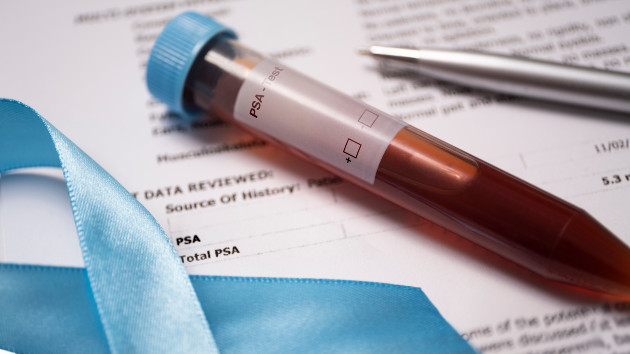 One in eight men will be diagnosed with prostate cancer in their lifetime, according to the American Cancer Society (ACS). One of the only available ways to screen for prostate cancer is by measuring levels of a protein called prostate specific antigen (PSA). But for years, doctors have debated the usefulness of this test, arguing that not all prostate cancer needs to be diagnosed, since it’s not always lethal, and doesn’t always need treatment.

“Many cases are extremely slow growing. Patients will die with prostate cancer, but not necessarily from prostate cancer,” said Dr. Moshe Ornstein, a genitourinary oncologist at Cleveland Clinic.

In 2012, a panel of experts known as the United States Preventative Task Force (USPSTF) recommended against PSA screening altogether, citing that universal testing may inflict harm due to overtreatment.

But since then, mounting evidence emerged linking less screening with more metastatic prostate cancer, meaning it has spread to distant organs and is no longer curable.

According to the ACS, five-year survival drops from over 99% with local disease, to 31% once distant.

In 2018, after backlash, the USPSTF revised the guideline, recommending that patients talk to their doctors to determine if PSA screening is right for them, intending for this model to identify those most at risk.

Black men are twice as likely to die from prostate cancer compared to white men, so experts hoped that under the new guidelines, this demographic would be screened. But a new study out in JAMA found that Black men, despite their risk, may not be benefiting from the recommendations as they are currently written.

Researchers from the University of Kansas Medical Center included nearly three million men in their analysis. They trended rates of metastatic prostate cancer in relation to changing guidelines, and found that when PSA testing was discouraged entirely, metastatic disease rose in all groups. But after the guidelines were revised to recommend a conversation with a doctor, mounting rates plateaued in white men, but continued to climb in Black men.

“It doesn’t surprise me,” said Dr. Lee Kirksey, co-director of the Center for Multicultural Cardiovascular Care at Cleveland Clinic. “Black Americans have some degree of mistrust of the healthcare system. It is historical context that has been passed down through generations.”

Countless historical injustices have been implicated in this phenomenon, examples dating back as early as the 1840s, when enslaved African American women received experimental gynecological procedures without anesthesia.

Even as recently as the 1970s U.S. physicians were conducting trials withholding treatment from African American men with syphilis, watching as hundreds of men went blind, died and passed on the disease to their spouses and children.

“If you’re from a culturally Black family, you’ve heard of those stories,” Kirksey said. “And those stories are reinforced by the inequities we are seeing today.”

There may be ways to work toward better communication with minority patients, Kirksey said. Increasing patient-physician racial and ethnic concordance may help in establishing trust. Implicit bias training may teach physicians to identify the barriers to effective communication. Additionally, outreach programs may serve to meet patients where they are, using the voices of trusted healthcare workers from the community, in a location where patients are most comfortable.

“There are still concerns within the Black community,” Kirksey said. “It’s important that we continue to acknowledge those concerns, and implement solutions to address them.”