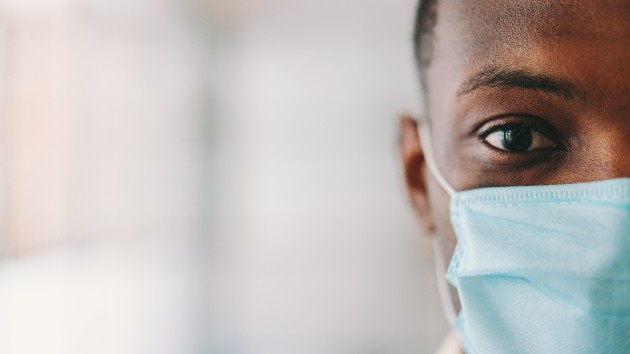 (NEW YORK) — A growing consensus among public health experts that the U.S. could soon safely end mask mandates has put pressure on the Centers for Disease Control and Prevention to update its guidance in the weeks ahead or risk losing credibility with the public.

All adult Americans who want to get a vaccine will have had the chance to do so in the next two months, the thinking goes, and they should then be able to make their own risk assessment based on the strong efficacy of the vaccines, which experts believe largely protects fully vaccinated Americans from getting severely ill with the virus and from transmitting it.

“What’s happening in the past week or so is that we’re seeing the effect of the vaccine winning this race against the variants, winning the race against the virus, and that’s freeing us up — and forcing us, rightly so — to reevaluate our control strategies that are in place,” said Joe Allen, a professor at the Harvard T.H. Chan School of Public Health.

The CDC has begun to loosen its recommendations for fully vaccinated people, defined as someone who has received the full regimen of the vaccine and waited two weeks for full immunity to kick in, but it hasn’t gone so far as to say people can ditch their masks indoors if they’re vaccinated.

Experts believe that is the logical next step.

“We should not undersell the vaccines. They offer excellent protection,” said Linsey Marr, an expert in virus transmission at Virginia Tech. “I think we can really start thinking about ending mask mandates once everyone who wants to be vaccinated has had a chance to be fully vaccinated. And that should be in another month or two.”

And President Joe Biden said as much on Tuesday, telling governors that there could be guidance on indoor mask mandates “at some point soon.”

“We’ve gone a little slower to make sure we’re exactly right in terms of the percent of the population that has been vaccinated,” Biden said, but added that the White House would be “moving on that in the next little bit.”

Beginning last month, the CDC released guidance that fully vaccinated people can gather in small groups without masks indoors and do the same with unvaccinated friends and family so long as they’re low risk. Then, two weeks ago, the CDC said that fully vaccinated Americans could safely ditch their masks in spacious outdoor settings.

But this week, the CDC has come under increasing pressure from lawmakers to offer more incentives for Americans to get vaccinated, demonstrating through national guidelines that getting a vaccine is the path back to normalcy.

CDC Director Rochelle Walensky, testifying before Congress on Tuesday, defended the CDC’s conservative decision-making so far. The CDC has to consider every situation before it can issue guidance, she said.

The timeline on just how soon the CDC could loosen guidelines is unclear, since experts say masks indoors should stick around until every adult who wants the vaccine has had a chance to reach full vaccination. At the same time, over 116 million Americans have already hit that mark.

Allen, the professor at the Harvard T.H. Chan School of Public Health, thinks “top-down” mask mandates can be walked back around July 4, a symbolic date of independence and freedom, but also when he estimated there will have been enough time to guarantee Americans have fairly and adequately had access to the vaccine.

“Once everyone has had the chance to get it, then we start to move into this personal risk decision making,” Allen said. “And my feeling is that it’s reasonable by July 4 or so that we’ll be in a place to pull back on some of these mandates, assuming cases keep dropping as we expect them to.”

At the same time, risks for fully vaccinated Americans are already very different.

Marr, who is fully vaccinated, said she’d now be comfortable indoor dining, going to a grocery store without a mask on, or attending an outdoor barbeque mask-less, with people who are both vaccinated and unvaccinated — though she would follow the rules in her community. She said she would be comfortable with her children, who aren’t vaccinated, doing the same because she’s generally been more concerned about them spreading it to someone who’s vulnerable to COVID than she is about their risks of severe illness.

The place she would still consider wearing a mask, Marr said, would be in a really crowded indoor environment, like a standing-room only indoor concert or a packed worship service with lots of singing. Marr would also consider if case numbers are high or vaccination rates are low, which would increase the risk of exposure.

Allen said he looks forward to traveling with his family this summer, mostly without masks. Like Marr, he said he would pay attention to how much virus is circulating in the community, as well as the social norms of the area he’s in.

William Schaffner, a professor of preventive medicine and infectious diseases at Vanderbilt University Medical Center, said vaccinated people should feel confident indoors even in congregate settings, so long as they’re not immunocompromised, and be comfortable ditching their masks around children.

“Vaccinated people don’t have to wear masks indoors. Period. Except if you’re immunocompromised. Whereas unvaccinated people, they still need to be cautious for their own good, and for the good of others,” he said.

It’s difficult to enforce masks for unvaccinated people while no longer requiring them for fully vaccinated people, largely because it’s awkward to single people out. But, Shaffner said, an important part of ushering in the “new normal” is to “formally, in recommendations, permit the vaccinated people to behave much more as they did pre-COVID, because we have so much confidence in the vaccines.”

“The CDC has been hearing from many people, informally, that it’s time to allow a little more risk out there. If we’re going to get more people vaccinated, you have to reward them,” Schaffner said.

And if the CDC doesn’t act soon to acknowledge those new freedoms, it could erode people’s confidence in the recommendations.

“I’m worried that if we don’t relax restrictions, then people say, ‘What’s the point of getting the vaccine?"” said Allen.