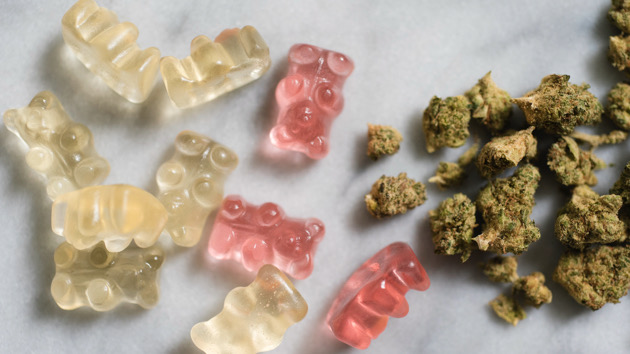 (PORTLAND, Ore.) — Between 2000 and 2020, reports to poison centers for child and teen marijuana use increased by 245%, according to a new study from the Oregon Health and Science University.

The researchers analyzed more than 330,000 reports in the National Poison Data System over the last 20 years and found the increase in marijuana rates was the most of any substance, with the largest increase between 2017 and 2020.

Alok Patel, ABC News medical contributor and pediatrician at Stanford Children’s Health, said he’s not surprised. “Marijuana is readily accessible, in multiple forms, whether at a store, from a friend or relative, or online,” he told ABC News.

Alcohol use reports slowly decreased across the same time frame and were surpassed by marijuana in 2014, according to the study.

Edible marijuana preparations accounted for the highest increase in calls to poison centers, while dextromethorphan, used in cough medicine, had the highest number of cases across the 20-year period, accounting for 15% of reports. This was followed by benzodiazepines, such as Valium and Xanax, which made up 7.5% of cases.

Marijuana had the highest number of calls from 2018 to 2020. Older male teens ages 16 to 18 were the most likely to be involved with the reported cases, regardless of the substance, the study found.

The reports to poison centers were calls from health professionals, public health agencies or the public for exposures to any substance where there was a health concern and intentional misuse. The calls may have come in because people used the drug improperly, took it to achieve a high or overdosed. Deaths from any substance were rare (0.1%) and most deadly ingestions were in older adolescents.

Overall, between 2000 and 2020, the substances most commonly responsible for calls to poison centers were over-the-counter medications, household products, or common childhood prescriptions, like Benadryl, Tylenol or anti-depressant medications.

In the study, the authors wrote that they suspected the rapid increase in reports of child marijuana use, particularly between 2017 and 2020, may be related to the recent legalization of marijuana across the nation. However, this will require more research to clarify.

“These are important conversations that need to happen alongside conversations about legalizing marijuana,” Patel said. “While it is true that other substances are far more dangerous when ingested, this doesn’t mean marijuana is harmless… We still have a lot to learn about the long-term effects of marijuana use in the developing adolescent brain.”

Surya Manickam, MD MSc, is a resident physician in pediatrics at Columbia University/New York-Presbyterian Hospital and a member of the ABC News Medical Unit.