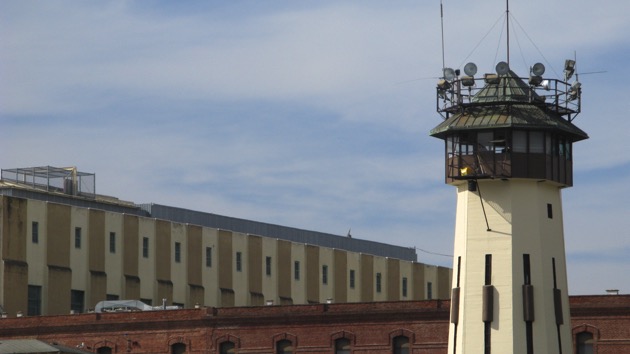 (WASHINGTON) — Early COVID-19 testing was key to reducing mortality rates of inmates, according to a new report.

The report, produced by the Council on Criminal Justice, a nonpartisan criminal justice think tank, analyzed publicly available data from 32 state prison systems and found that 1 in 3 inmates tested positive for the virus.

“It certainly does suggest that this mass testing strategy or universal testing strategy, particularly early on, likely prevented COVID-19 related deaths amongst incarcerated individuals,” Kevin Schnepel, the author of the report and assistant professor of economics at Simon Fraser University, told ABC News.

Schnepel said there could be other policies in place that could impact the mortality rates in prisons.

“Taken together, the evidence suggests that more testing, early testing, and early mass testing may have been strategies that helped states achieve lower rates of COVID-19 mortality behind bars, although causality cannot be conclusively established,” he said.

“Colorado, Connecticut, Michigan and Vermont are examples of states that implemented varied versions of mass testing, and while they all experienced relatively good COVID-19 outcomes compared to other state prison systems, their results and challenges varied,” the report said. “More testing, testing earlier, and early mass testing in particular, likely helped these and other states achieve lower rates of COVID-19 mortality behind bars.”

Schnepel said testing was key in identifying the virus in prisons.

“One of the things we learned was that a very large fraction of positive COVID-19 test results were amongst individuals who were asymptomatic,” he explained.

California has the most COVID-19 cases in its prisons followed by Texas and Michigan, according to publicly available data posted on the Department of Corrections’ website.

The federal bureau of prisons has been hit hard by COVID-19. According to the most recent data released by the agency, 46,549 inmates have tested positive for the virus.

In March, the Bureau of Prisons director testified that less than 50% of prison staff and 25% of inmates are fully vaccinated.