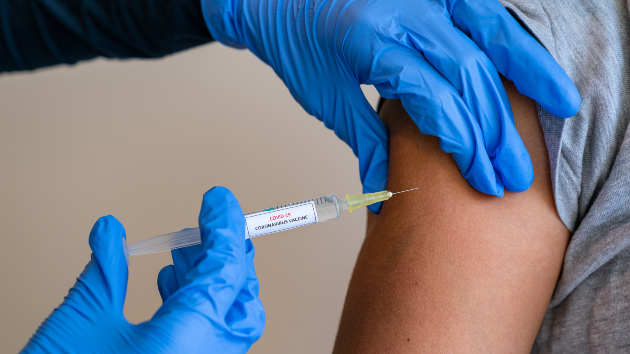 (COLUMBUS, Ohio) — Ohio may have hit the jackpot with its $5 million “Vax-a-Million” lottery as the state reports a surge in COVID-19 vaccinations since the incentive was announced.

Gov. Mike DeWine announced the lottery on May 12 that will see five vaccinated adults win a $1 million prize. Starting May 26 for five weeks, a winner will be announced each Wednesday.

So far in Ohio, money apparently talks. Friday marked the highest vaccination day in three weeks, just two days after the lottery was announced, with 25,414 shots in arms, DeWine said in a press conference Monday.

It may not just be the chance of winning a cool million, though: The overall increase in inoculations was likely bolstered by the May 10 approval of the Pfizer vaccine for 12 to 15-year-olds.

However, promisingly, residents between the ages of 30 to 74 come out in hordes, and shots for the age range increased by 6% last week. That age group had seen declining vaccination numbers in the weeks prior, DeWine said.

“We’re getting anecdotal reports back from health departments that we’re seeing an increase [in vaccinations]. We had been seeing a downturn that continued, fewer and fewer people were getting vaccinated. It appears that we have bottomed out on that and there’s some indication that we’re certainly seeing an increase,” DeWine said Monday.

“This is the way we get out of this pandemic, more and more Ohioians are getting vaccinated, our cases are going down,” he added.

Any Ohioan 18 and older who has gotten at least one dose of a COVID-19 vaccine by the date of each drawing is eligible to enter the “Vax-a-Million” lottery. Ohioans must opt in online or by calling the state Health Department to enter the drawing starting on Tuesday.

Reminder: Beginning May 26th, we will announce five weekly winners of a drawing for one million dollars. All Ohioans 18 years and older, who have been vaccinated, are eligible for those drawings. pic.twitter.com/9OjAtmdwsL

The Ohio Department of Health said in a press release it would use “federally funded Coronavirus Relief Funds to fund” the public outreach campaign.

The state also has incentives for their young residents. Ohioans between 12 to 17 can enter to win one of five full-ride four-year scholarships including room and board, tuition and books, to any Ohio state college or university with proof of the vaccine.

A slew of states have offered their own incentives to entice locals to get the shot as the nation reports a slump in vaccinations since March. New Jersey has offered free beer, in New York Gov. Andrew Cuomo began a promotion for free Mets and Yankee game tickets, and West Virginia offered $100 saving bonds.

So far, 37.3% of the U.S. population is fully inoculated and 47.5% has received at least one dose of the vaccine, per Centers for Disease Control and Prevention data.