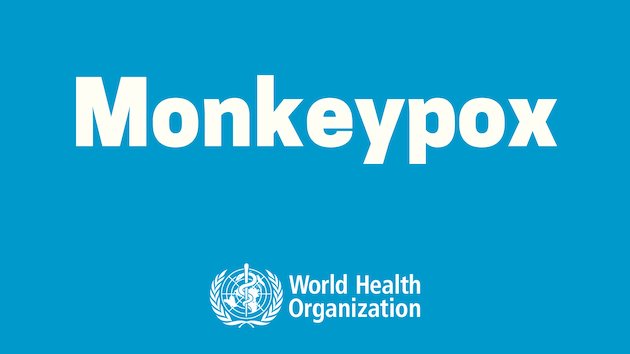 (NEW YORK) — New York City health officials are investigating a possible case of monkeypox as they reported more infections across the globe.

The New York City Department of Health and Mental Hygiene said in a press release Thursday that the patient is being cared for at NYC Health + Hospitals / Bellevue in midtown Manhattan.

“The patient is isolating, and — treating this case as a presumptive positive until confirmed — the Health Department is carrying out contact tracing,” the department said in a release.

It’s unclear what the patient’s age, sex and ethnicity are. The state health department said the patient’s illness is “consistent with monkeypox,” though didn’t provide further details.

The other case under investigation has been “ruled out” for monkeypox based on testing, the NYC health department said.

State Health Commissioner Dr. Mary Bassett said that while suspected cases of monkeypox “are concerning,” the current risk to the general public is low.

“While a possible case in New York State awaits confirmatory testing by our local and federal partners, the Department has alerted health care providers in New York State so that they can consider this unusual diagnosis if their patients present with symptoms,” Bassett said in a statement.

The news comes as the CDC sent out a health alert Friday warning doctors and local health departments to be on the lookout for patients who may have symptoms of monkeypox and report those cases to the CDC.

The CDC reiterated that the “risk to the public appears low.”

Monkeypox is a very rare disease typically not found outside of countries in central and western Africa.

However, several cases have been detected around the world since a patient in the United Kingdom tested positive on May 7 following travel to Nigeria.

The World Health Organization confirmed Friday there are approximately 130 confirmed or suspected monkeypox cases in nations where the disease is not endemic.

Of those cases, about 80 were confirmed — including one case in an adult male in Massachusetts — and 50 suspected.

The agency said it is working with those countries to provide guidance, and more cases are likely to be reported.

The disease can also spread from person-to-person via large respiratory droplets in the air, through skin lesions, bodily fluids, or contact with contaminated material.

#Monkeypox has so far been reported from 11 countries that normally don’t have the disease. WHO is working with these countries & others to expand surveillance, and provide guidance.
There are about 80 confirmed cases, and 50 pending investigations. More likely to be reported. pic.twitter.com/YQ3pVJVNVQ

The WHO said tips for preventing infection include isolating if you have symptoms, avoiding contact with anyone who has symptoms, wearing a mask if you come into contact with an infected individual, and thoroughly cleaning hands and surfaces.

Monkeypox is not commonly reported among Americans and detected cases have been among people who traveled to countries where the virus is endemic.

In 2003, 47 confirmed and probable cases were reported among six U.S. states, the first human cases reported outside of Africa

All the infections occurred after coming into contact with pet prairie dogs, which became infected “after being housed near imported small mammals from Ghana,” the CDC stated.