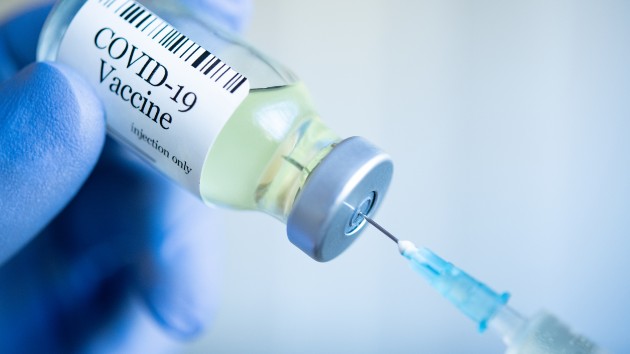 Results from the Phase 3 trial, which enrolled nearly 30,000 participants across 119 sites in the United States and Mexico, show Novavax’s recombinant protein-based vaccine, called NVX-CoV2373, provided 100% protection against moderate and severe cases of COVID-19, with an overall efficacy of 90.4%, according to a company press release.

“Today, Novavax is one step closer to addressing the critical and persistent global public health need for additional COVID-19 vaccines,” Stanley Erck, president and CEO of Novavax, said in a statement Monday. “These clinical results reinforce that NVX-CoV2373 is extremely effective and offers complete protection against both moderate and severe COVID-19 infection.”

Sequence data are available for 54 of the 77 cases, showing 35 were coronavirus strains classified as “variants of concern” by the the U.S. Centers for Disease Control and Prevention, while nine were “variants of interest” and 10 were other variants not considered “of concern” or “of interest” by the CDC. Novavax’s two-shot vaccine demonstrated 93.2% efficacy against the variants of concern and the variants of interest, which collectively made up 82% of the sequenced cases. Thirty-eight of those cases were in the placebo group and five were in the vaccine group, according to the press release.

The vaccine, which can be stored at refrigerator temperatures, also demonstrated 91% efficacy among high-risk populations, including people over the age of 65 as well as those under 65 with certain comorbidities or who have frequent exposure to COVID-19. Sixty-two of those COVID-19 cases were in the placebo group and 13 were in the vaccine group, Novavax said.

Preliminary safety data from the study show the vaccine was generally well-tolerated, with serious and severe adverse events low in number and balanced between the vaccine and placebo groups. No single adverse event occurred in more than 1% of the vaccine group. The most common symptoms in the days after the first and second dose were injection site pain and tenderness, fatigue, headache and muscle pain, according to the press release.

“These data show consistent, high levels of efficacy and reaffirm the ability of the vaccine to prevent COVID-19 amid ongoing genetic evolution of the virus,” Dr. Gregory Glenn, president of research and development at Novavax, said in a statement Monday.

Novavax said it expects to share further details of the Phase 3 trial results as additional data become available. Further analyses of the trial are ongoing and will be submitted to peer-review journals for publication. Meanwhile, the placebo-controlled portion of the study continues in the 12 to 17 age group, which recently completed enrollment with 2,248 participants, according to the press release.

Novavax has not yet requested authorization for NVX-CoV2373 from the U.S. Food and Drug Administration. The Maryland-based company said it intends to file for regulatory authorization in the third quarter of 2021. Upon regulatory approvals, the company remains on track to reach manufacturing capacity of 100 million doses per month by the end of the third quarter and 150 million doses per month by the fourth quarter, according to the press release.

“Novavax continues to work with a sense of urgency to complete our regulatory submissions and deliver this vaccine, built on a well understood and proven platform, to a world that is still in great need of vaccines,” Erck said.

“Our vaccine will be a critical part of the solution to COVID-19,” Glenn said, “and we are grateful to the study participants and trial staff who made this study possible, as well as our supporters, including the U.S. government.”