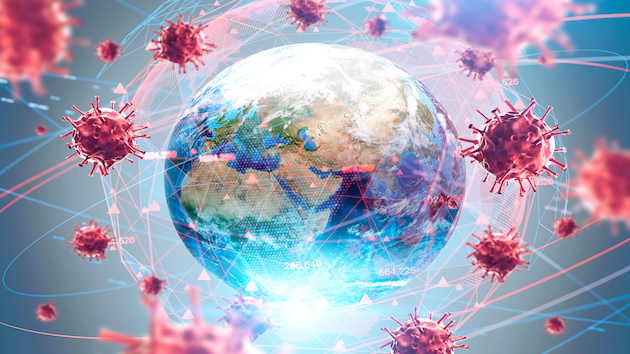 (NEW YORK) — As COVID-19 surges nationwide, the seriousness of the virus’s latest wave is reflected in newspaper headlines from cities and states across the country.

The number of new COVID-19 cases is reaching levels previously seen in February, as the U.S. was emerging from the winter surge.

The U.S. reported over 100,000 new daily COVID-19 cases for the first time since Feb. 6 on Friday, according to the Centers for Disease Control and Prevention.

This latest surge is fueled by the highly contagious delta variant. A new internal CDC report first published by The Washington Post and confirmed by ABC News, said the variant could be more contagious than Ebola, Spanish flu, chickenpox and the common cold. It’s also possible delta leads to more severe illness, though that is not confirmed.

Based on its latest findings on the transmissibility of the delta variant, the CDC revised its mask guidance earlier this week, now recommending that those in areas with substantial or high levels of transmission — vaccinated or not — wear a mask in public, indoor settings.

A sampling of headlines from newspapers across the country Saturday spotlight areas experiencing spikes in cases and overwhelmed hospitals, and how they’re responding.

“Florida is the epicenter,” read the Tampa Bay Times, reporting that the state had the most cases and hospitalizations in the U.S. in the past week. On Saturday, Florida reported its largest single-day increase in cases since pandemic began.

The Honolulu Star Advertiser reported on a spike in cases in Hawaii that accounted for the highest daily case count since the start of the pandemic.

In Louisiana, another hotspot, The Advocate reported that the state’s hospitals are “overwhelmed again,” as it experiences its fourth wave of the virus.

Hospitalizations are climbing at the East Alabama Medical Center, increasing from eight at the start of the month to 34 as of Friday, the Opelika-Auburn News reported.

The Houston Chronicle detailed how Texas surpassed New York in COVID-19 deaths to have the second-highest death toll in the nation, “a feat experts say was driven by an inability to control transmission of the virus here,” the paper reported.

As cases quickly rise, restrictions are returning in some regions. The Times-Picayune in New Orleans reported on the city reissuing an indoor mask mandate due to its surge, with the headline. “Mask mandate back in N.O.” — one of several cities and counties to do so in recent days.