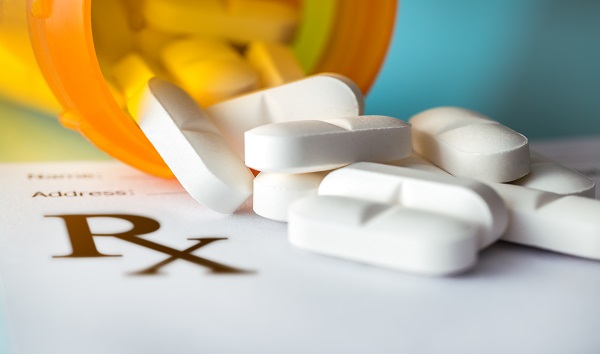 (NEW YORK) — A new weight-loss treatment is being heralded by some health experts as “groundbreaking,” and a potential “game changer” in the growing epidemic of obesity.

Semaglutide, an injectable drug made by the pharmaceutical company Novo Nordisk, was approved Friday by the Food and Drug Administration, for patients struggling with chronic obesity.

“We don’t use those terms lightly,” Northwestern University Feinberg School of Medicine professor Dr. Robert F. Kushner, an obesity medicine specialist and trial investigator for the drug, told ABC News. “I’ve been involved in the field for 40 years. The reason we think that way, it results in amount of weight loss of an average of 15% or more, which we have not seen before.”

Currently, 42.4% of all adults in the U.S. suffer from obesity, defined as having a body mass index at or above 30, according to the Centers for Disease Control and Prevention.

“Today’s approval offers adults with obesity or overweight a beneficial new treatment option to incorporate into a weight management program,” John Sharretts, deputy director of the Division of Diabetes, Lipid Disorders, and Obesity in the FDA’s Center for Drug Evaluation and Research, said in a statement.

Semaglutide was approved in 2019 by the FDA to treat Type 2 diabetes, sold under the brand name Ozempic, albeit at a lower dose. At the higher dose of 2.4 mg, the drug acts on centers in the brain to reduce appetite, leading to potentially significant weight loss when combined with increased physical activity, and counseling sessions with nutritionists to maintain a reduced-calorie diet.

The drug targets patients with a BMI over 30, or a BMI over 27 with at least one weight-related comorbidity.

In a recent randomized and controlled phase 3 clinical trial study published in the New England Journal of Medicine, researchers at Chicago’s Northwestern University studied the drug’s impact on weight loss for nearly 2,000 individuals in 16 countries.

“Semaglutide is a paradigm shift from other obesity medications, because it targets the gut as opposed to the brain,” said Dr. Anastassios G. Pittas, chief of Endocrinology, Diabetes and Metabolism at Tufts Medical Center.

For 68 weeks, participants injected themselves weekly with either semaglutide or a placebo. On average, over half of those who received the drug itself lost nearly 15% of their body weight, and over a third achieved a weight loss of at least 20% of their weight.

Current anti-obesity drugs on the market result in a weight loss of about 6% to 12%, according to Kushner.

“If someone weighs 200 pounds, or 250 pounds, losing 50 pounds is life-changing,” said Dr. Sriram Machineni, also an investigator in the study, and the director of the Medical Weight Clinic at the University of North Carolina.

Marleen Greenleaf, 58, of Fort Washington, Maryland, a participant in the trial who received the drug, lost over 40 pounds in a year.

“I’ve been working on this weight-loss journey for so long, and I’ve tried so many things,” she told ABC News. “Weight loss has always been a challenge for me. I have basically done the yo-yo dieting where I lose the weight and then it comes back on.”

This treatment was different, said Greenleaf, because it was consistent, not a “quick fix” remedy. The once-a-week regimen made it easier to manage, unlike other anti-obesity medications, which need to be taken daily.

Greenleaf’s significant weight loss allowed her to qualify as a living kidney donor for her husband on dialysis. Although they were not a match, her kidney went to another recipient, and in turn, her husband received a kidney.

“To me, it was the tip of the iceberg … because I was healthy and I had lost the weight, I was able to give him a better lifestyle,” she said.

“We naturally have signals from hormones in our body that cause us to be hungry, and when we eat, we feel full,” Kushner explained.

Obesity has become a major public health crisis, linked to multiple diseases, including cardiovascular diseases, stroke, Type 2 diabetes and cancer. Its metabolic implications were evident during the coronavirus pandemic, placing people with obesity at greater risk of severe illness, hospitalization and death.

Given current trends, nearly 1 in 2 American adults will be obese by 2030, according to a 2019 study published in the New England Journal of Medicine.

“There are not a lot of treatment options today, and in a lot of circles, it’s not even considered a disease. There’s a significant unmet need,” Doug Langa, executive vice president North America Operations and president of Novo Nordisk told ABC News.

It is a complicated disease, added Dr. W. Scott Butsch, director of obesity medicine at the Cleveland Clinic, who also consults for Novo Nordisk, and “just telling somebody to eat less or move more is a simplistic solution to a complex problem.”

Although not all experts went as far as to characterize the new treatment as “game changing,” many agreed that semaglutide could lead to the advent of a new generation of drugs, which could change the way obesity is treated.

“I think this could represent a shift in the way we think about the disease of obesity,” Butsch said. “If we give a medication which could be perceived as a more benign treatment option, and it produces significant effects, then you finally have a shift in getting more and more people to their goal of having a normal body weight, or significantly reducing people who have severe obesity.”

The weight loss observed in the trial was often accompanied by health benefits, including improvements in blood pressure, blood lipids and blood sugars.

“With each increment of reduction, you’re seeing, potentially, a comorbid condition also being impacted to the better,” said Langa.

Common side effects of semaglutide were mild to moderate in severity, primarily consisting of gastrointestinal ailments such as nausea, vomiting or diarrhea, and abated with time.

There were some limitations to the trial, such as the exclusion of individuals with Type 2 diabetes, and the fact that about three-quarters of the participants were white and women.

Additionally, Pittas noted that in these studies semaglutide was paired with comprehensive lifestyle changes aiming at weight loss, which is not always feasible in clinical practice. The medication also requires titration over a few weeks to months for optimal adherence.

“On average, I expect the weight loss in clinical practice to be less than in the studies, probably closer to 5 to 10%,” Pittas concluded.

People suffering from obesity will have to take the drug for life to manage their weight, while ceasing to take it could lead to regaining most of the lost weight, according to one of the trials.

“We think about obesity now as a long-term chronic relapsing disease, just like diabetes or hypertension. … When you think of those chronic illnesses, you think of long-term management. These drugs are approved for weight loss, and maintenance of weight loss, long term,” Kushner explained.

Although the long-term implications of taking the higher dose of the drug are still unknown, there have been relatively few side effects of the lower-dose version of semaglutide treating diabetes.

One notable hurdle to access could be pricing, as weight-loss drugs can be costly and are not always covered by insurance.

According to the Novo Nordisk, the specific list price for the drug will be available to the public in the coming days. However, the company said it expects its price will be similar to that of its current anti-obesity medicine, Saxenda, which retails for $1,349.02 for a 30-day supply.

“The field is still at the mercy of our insurance companies, of Medicare and Medicaid, for coverage and reimbursement. Without these, the drug can be wonderful, but it may never be utilized to its potential,” Butsch noted.

Novo Nordisk told ABC News that they are in active discussions with insurance companies to make the drug as accessible and affordable as possible. The company expects semaglutide to be available in pharmacies later this month.