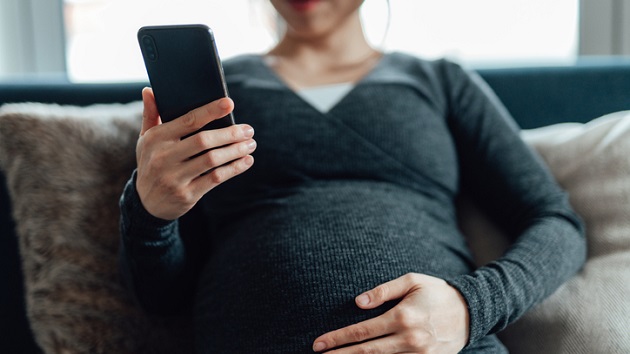 The city will also train more doulas — trained professionals who provide support to moms before, during and after childbirth — as part of its Citywide Doula Initiative, with the goal to train 50 doulas and reach 500 families by the end of June.

The initiative will focus on reaching birthing families in 33 neighborhoods “with the greatest social needs,” according to the city’s announcement.

As part of the effort, the city will also expand its Midwifery Initiative to nearly 40 public and private birthing facilities across the city, and has charged the city’s Department of Health and Mental Hygiene with gathering data and developing a report on births and care with midwives.

“Today, we are announcing a multifaceted initiative to help reduce the inequities that have allowed children and mothers to die at the exact time when we should be welcoming a life,” Adams said in a statement. “By expanding and investing in both doulas and midwives, we are taking the steps necessary to begin to address the disparities in maternal deaths, life-threatening complications from childbirth, and infant mortality.”

New York City has a maternal mortality rate of 49.6 deaths per 100,000 live births, according to a report released last April by the Department of Health and Mental Hygiene.

Nationally, the U.S. has faced a growing maternal mortality crisis that only increased during the coronavirus pandemic, according to the Centers for Disease Control and Prevention (CDC).

It is a crisis that also disproportionately affects women of color.

In 2020, Black women died of maternal causes at nearly three times the rate of white women, up from around 2.5 times higher than in 2019, according to CDC data.

Pregnancy-related deaths are defined as the death of a woman during pregnancy or within a year of the end of pregnancy from pregnancy complications, a chain of events initiated by pregnancy or the aggravation of an unrelated condition by the physiological effects of pregnancy, according to the CDC.

Because of the maternal mortality rate and its impact on women of color, a growing number of Black women see having a doula, particularly a Black doula, as a potentially lifesaving advocate during birth.

“Our health literacy is poor across the board, and then when you add racism on top of that, it just creates another layer,” she told ABC News last year. “That’s what we’re doing with the doula, we’re trying to attack that health literacy piece that really affects outcomes.”

Dr. Ashanda Saint Jean, a board-certified OBGYN and chair of OBGYN for the Health Alliance Hospitals and Westchester Center Medical Health Network in New York, explained that doulas are a source of non-medical support for pregnant women before, during and after childbirth.

“A doula is a support person who has been trained and educated in labor and delivery,” Saint Jean said last year. “I’ve had a number of Black patients feel that having a doula is an extra layer of support where they’re able to more ask questions about their birthing experience and explore all measures to ensure a healthy outcome.”